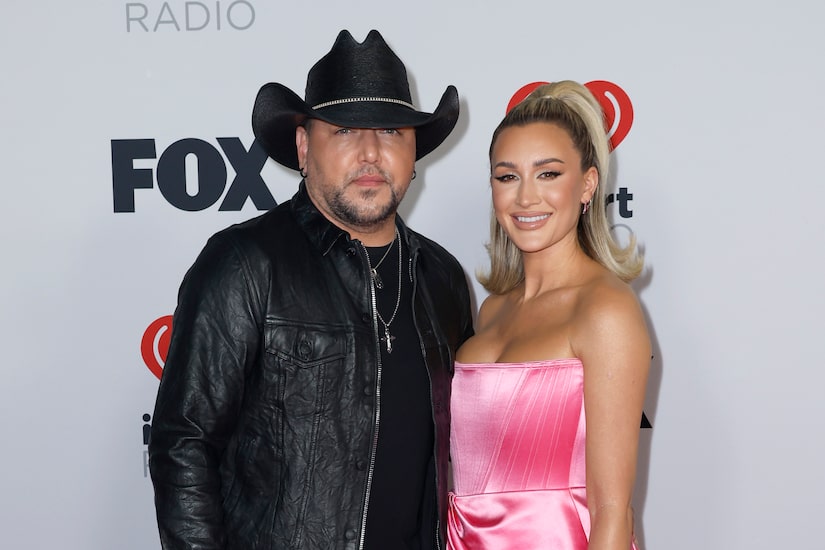 “Extra’s” Jenn Lahmers spoke with Jason Aldean and his wife Brittany at the 2022 iHeartRadio Music Awards, where he was set to perform!

Aldean is nominated for three awards at the show, including Best Collaboration, Country Song of the Year, and Country Artist of the Year.

Jason and Brittany just celebrated seven years of marriage with an “anniversary trip.”

As for who they were excited to see, Jason said, “For me, it’s just kind of getting to be a fan, take it all in, seeing, you know, what new stuff people have coming out, and I just saw LL Cool J, which was cool. I’ve met him a few times over the years but got to catch up with him for a second. Always fun to see him.”

Brittany showed her excitement at seeing reality stars like Danielle and Nick from “Love Is Blind.”

Aldean also praised Jennifer Lopez, who is being honored with the Icon Award. He said, “She’s been around for a long time. She’s done music, she’s done movies… As far as fashion goes… I think she’s obviously an icon in that world too. I think she’s… touched on all those things over the years… That, to me, is probably what makes her an icon.”

Jason also promoted his double album “Macon, Georgia.” He shared, “It’s named after my hometown… We already put out the first single… Full album drops in April. Glad it’s going to finally be out there for everyone to check out the full project.”

Who inspires Jason? He answered, “Obviously, my family and my wife, my kids, just wanting to leave this cool legacy for them. You know, at some point when all this is over, kind of leave this legacy of music that they will always have forever.”

Aldean is a dad to Keeley, Kendyl, Memphis, and Navy.