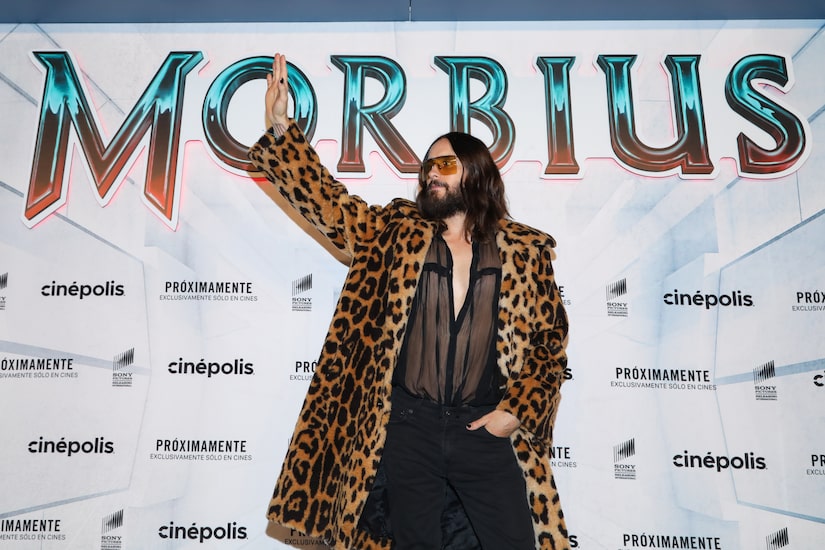 Jared Leto is ripped and ready to show off his monstrous side in the new movie "Morbius,” and he’s telling “Extra’s” Jenn Lahmers about the transformation he underwent for the Marvel character.

Jenn pointed out that people have been waiting for two years to see it in theaters, asking if he is feeling that kind of excitement.

Leto said, “Yeah, I really am… I’m a big believer in cinema. It’s really an honor to have a movie that is exclusive in theaters.”

He added, “You get this big Marvel movie with action and adventure. But it also walks on the darker side of the universe. At times it's quite scary, and that makes it very different.”

Jared shed the pounds to play a man who undergoes an experimental treatment to cure himself of a rare blood disease, only to unleash his inner darkness.

He explained of his transformation, “I don't actually get ‘hangry.’ I don’t get hangry because I do a lot of fasting… So I'm used to it, yes. I’m a faster… That appetite was something to explore, that battle between good and evil. Fascinating character.”

Leto is known for going all out when he takes on his characters, so how did he go from the before to the after with this one? He insisted, “Macaroni and cheese.” Jenn told him, “Stop it. I don’t believe you.” The longtime vegan joked, “You know what it was? It was a thigh and a biscuit from Popeye's.”

On a more serious note, he said of his transformation, “There were really three characters in one, and a pretty big transformation between them all. I played Dr. Michael Morbius when he was sick and frail… And then when he's healthy and rather jacked… And then I played the monstrous version. I'd never done anything like this, and it was quite exciting.” Jenn wondered, “What would Jared do if given Morbius’ powers?”

Leto revealed, “I’d probably fly around the Grand Canyon or something… He'd be a really good rock climber, so that would be nice… It's kind of cheating, but with those nails anything is possible, I suppose.”

When asked if there is a "Morbius" sequel, Jared said "no" but added, "If I don’t retire, and people have fun with this character and they enjoy it, of course we will talk about where we go next… It really depends.”

Jenn also had to ask about Jared’s personal style, as he is always serving the looks. He told her, “My sense of style I would describe as like an undertaker meets a gardener.”

“Morbius” opens only in theaters April 1. 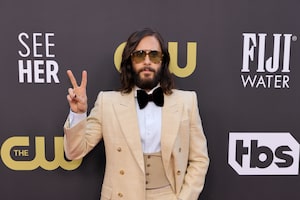 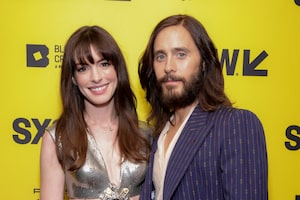 Anne Hathaway Wants to Be in ‘Morbius 2’ with Jared Leto 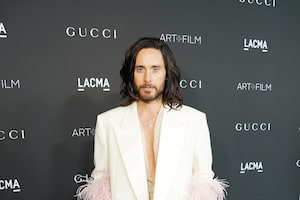