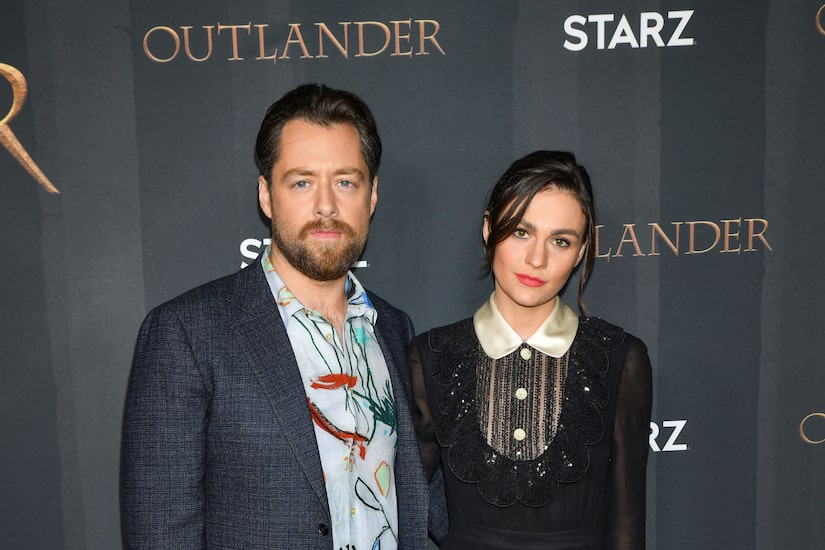 The two told “Extra” that their characters Roger and Brianna are “the strongest we’ve seen them as a couple.”

Calling the season “tense,” Sophie shared, “It's pretty heavy, it throws you straight in. We haven't even given you time to lull back in, you're thrown straight back into the action. It really hits the ground running”

Referencing what happened to Claire in the end of the fifth season, Richard added, “There's a bit of getting over that and obviously Brianna and Roger are there to support her and Jamie to an extent. So we kick off, you know, in a sort of a dark cloud of the aftermath of Season 5. We have some new characters coming in. We have the Christies coming in and undoubtedly there will be some drama which unfolds and evolves there.”

“The good thing for Roger and Brianna where we find them is they're very solid together,” Richard stressed. “They're probably the strongest we've seen them as a couple and as a team. And they are, they have a solid foundation themselves so I think what that does for them is offers the opportunity to see them supporting others in need.”

Richard noted that the audience will see “a different side to these characters.”

While it may not be a “smooth” road for the characters, it’s an important to show their “raw” relationship. She pointed out, “It's great for TV to be a bit awkward and a bit stupid and make mistakes and fight and it's okay as long as you still have that respect and love and then you sort of grow together and take on each other's emotional space and each other's ways that they need you to be.”