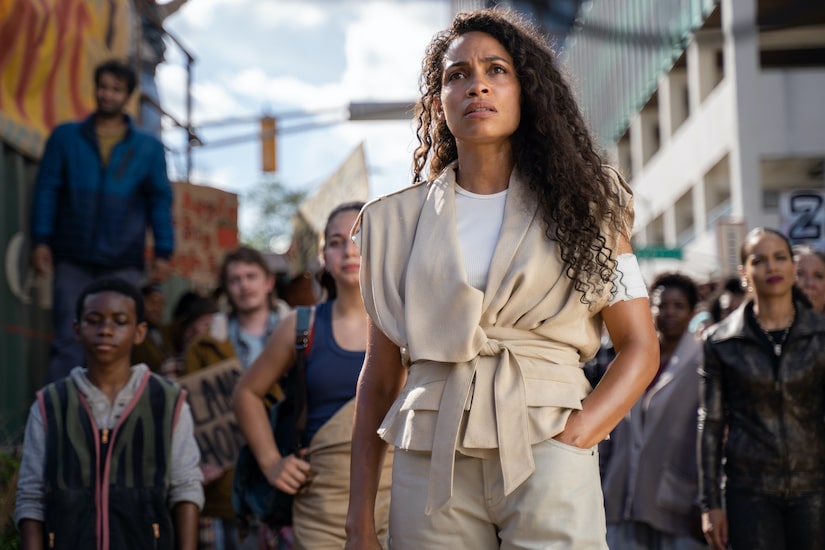 “DMZ” is streaming on HBOMax!

The dystopian show centers on a 21st-century civil war happening in the United States, with New York City becoming a “demilitarized zone.”

The show, which is executive produced by Ava DuVernay and Robert Patino, is inspired by a DC comic book series written by Brian Wood.

In a recent behind-the-scenes feature for the show, Ava stressed that the show is about a “badass woman who is going to find her son by any means necessary.”

According to DuVernay, the DMZ is “where all the rebels reside.”

She added, “This is about the people who stayed [in New York City] and one woman who makes her way back into the DMZ to liberate her son, and in the process, liberates herself.”

The show used CGI to make New York City look like it’s upside down and abandoned.

Patino added, “This is a world where basic utilities that you and I enjoy don’t exist. This is a place where there’s no law. Systems of value have totally been redefined.”

Ava noted that the series will get people thinking, adding, “Now, what you think about is up to you.”

Check out the trailer for the show below!