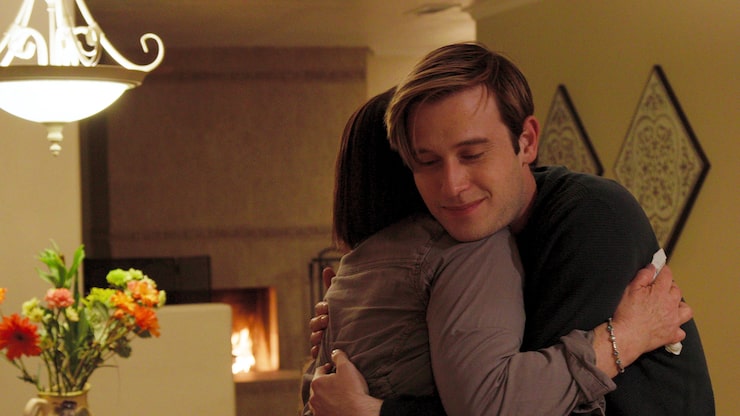 “Extra’s” Jenn Lahmers caught up with “Hollywood Medium” star Tyler Henry, who stays “in touch” with big names like the Kardashians and Tom Arnold.

Due to the large number of requests for readings, Tyler is doing them for everyday people in his new show “Life After Death with Tyler Henry.”

As his process for readings, Henry said, “The less I know logically, the better when I interact with a person. I just get impressions, and I call them impressions because they are just kind of subtle feelings that might come through mentally, physically, emotionally, and that brings forward compelling information.”

The show got personal for Tyler because he learned more about what happened to his mom’s family.

He shared, “About three years ago, my mom discovered that who she thought were her biological parents were not, and to make it even more convoluted, the woman who she thought was her mother stole my mother as a baby and this woman who did this ended up serving over 30 years in prison for the homicide.”

It all started after Tyler took a DNA test. He said, “Shortly thereafter, we got the call from my mom’s biological family, who had seen her in a database, who had been literally, for decades, looking for her.”

Henry also has a new book “Here & Hereafter,” which drops March 25. As for what he’s learned from the departed, he stressed, “The importance of communicating to those we love in here and the now, it prevents regret in the future that we might have and in that way, we can kind of make our own closure. This is not goodbye; this is just ‘see you later.’”

“Life After Death with Tyler Henry” is streaming on Netflix.