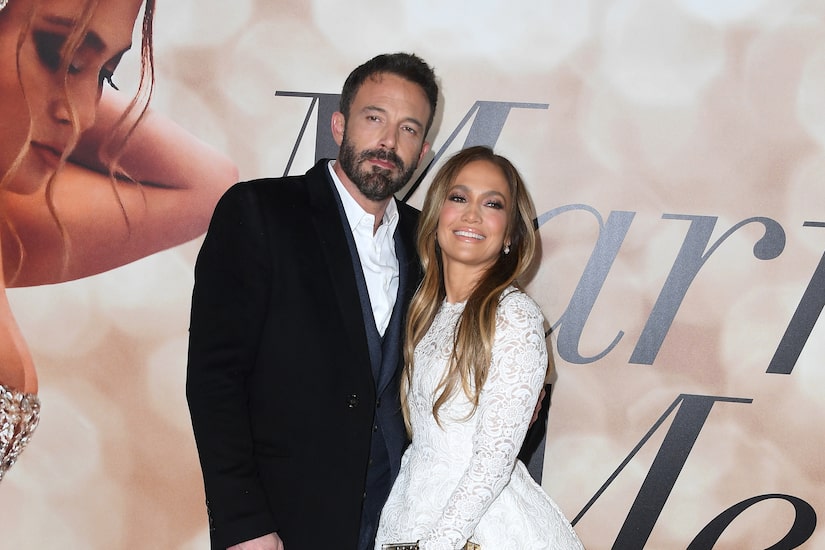 On Friday, Jennifer Lopez dropped a new music video for her song “Marry Me,” which is featured on the movie soundtrack!

While his face is never shown, it looks like Jennifer’s boyfriend Ben Affleck made a subtle appearance in the video.

In the video, Jennifer is seen cozying up in bed with a man who has Ben’s trademark scruff and hair.

The video also offers an intimate look at Lopez recording the song with Maluma.

The video comes just a month after Ben gifted Jennifer with an early Valentine’s Day gift... a remixed music video for her song “On My Way,” which he directed.

On her OnTheJLo newsletter, she shared with her fans, “I am going to share something very special and personal with you that normally that I would only share with my inner circle… It’s an early Valentine’s Day present from Ben.”

The video featured throwback clips of them throughout the years.

Ben is no stranger to Jennifer’s music videos. In 2002, Ben appeared in Jennifer’s iconic music video for “Jenny from the Block.”

Despite being so in love back then, the intense criticism in the spotlight was too much for the young couple. The “Hustlers” star shared, “Here was this other thing happening where we were being criticized, and it really destroyed our relationship from the inside out, because we were just too young to understand at that time what were really the most important things in life."