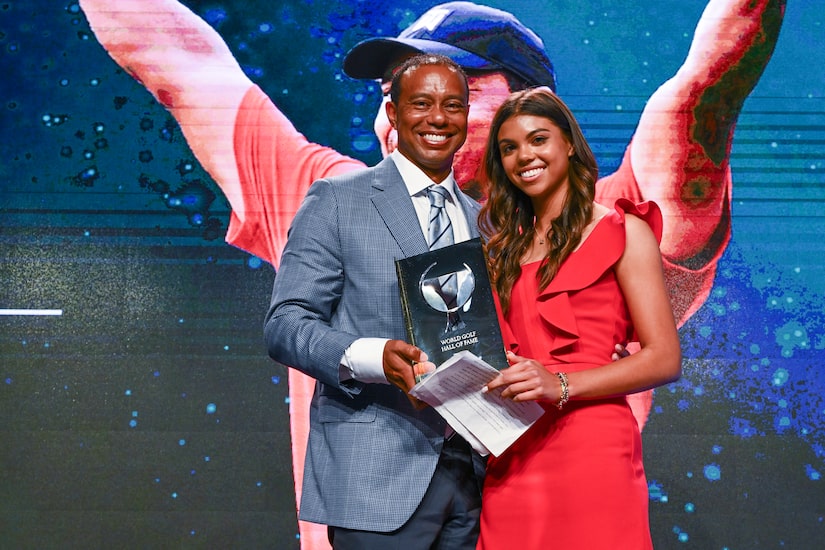 Tiger Woods, 46, was just inducted into the World Golf Hall of Fame with a little help from his 14-year-old daughter Sam.

Sam, his daughter with ex-wife Elin Nordegren, introduced her dad with a heartfelt speech that touched on the scary 2021 car accident that nearly cost him a leg.

The single-car crash took place in February 2021, and Tiger suffered severe leg injuries. At the time, his medical team revealed that he underwent emergency surgery to repair multiple breaks and an open fracture.

Sam said, “Recently, Dad, you’ve had to train harder than ever. About a year ago, you were stuck in a hospital bed at one of your ultimate lows and one of the scariest moments of your life, and ours.”

She went on, "We didn't know if you'd come home with two legs or not. Now, you're not only about to be inducted into the Hall of Fame, but you're standing here on your own two feet. This is why you deserve this."

The teen praised her father’s accomplishments, saying, “You've defied the odds every time — being the first Black and Asian golfer to win a majors, being able to win your fifth Masters after back surgeries, and being able to walk just a few months after your crash.”

She later added, “I inducted you into the Dad Hall of Fame a long time ago, but today, I am so proud to present my dad, Tiger Woods, into the World Golf Hall of Fame.” 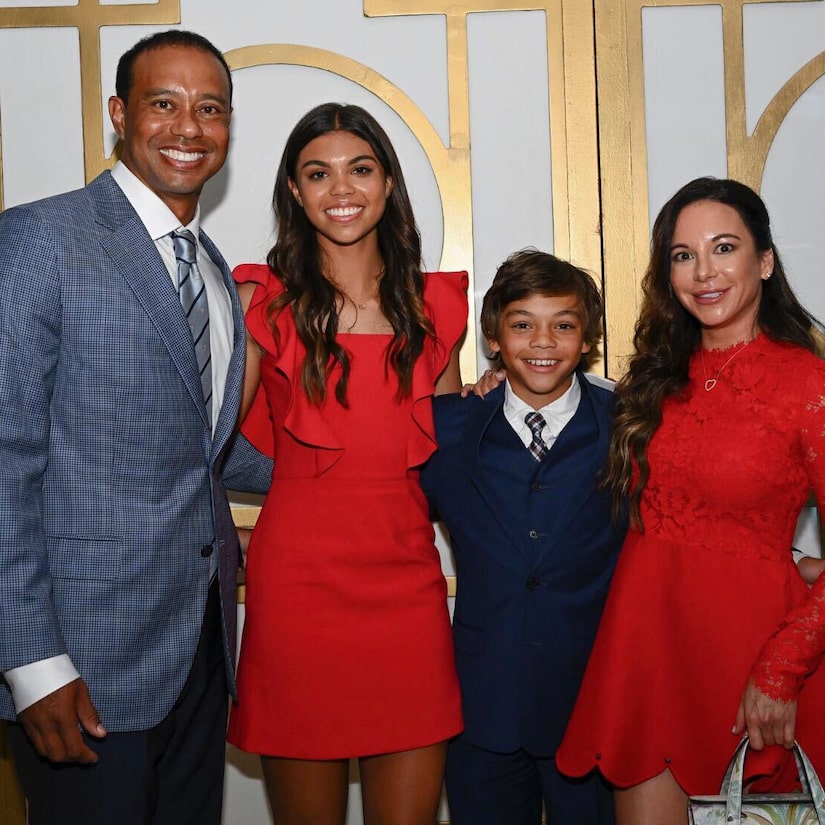 Tiger, whose mom Kultida, son Charlie, 13, and girlfriend Erica Herman were also there to support him, gave his own touching speech.

He recognized the “sacrifices of Mom, who took me to all those junior golf tournaments” and “Dad, who’s not here, but who instilled in me this work ethic to fight for what I believe in, to chase after my dreams — that nothing’s ever going to be given to you, everything’s going to be earned.”

Tiger, who is considered one of the greatest golfers of all time, said that mentality “defined my upbringing” and “defined my career.”