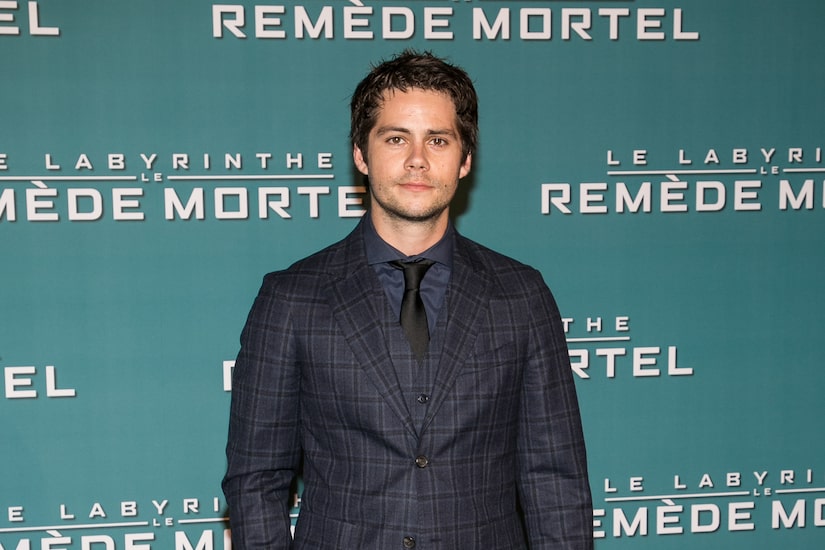 Dylan O’Brien is promoting his new movie “The Outfit” with co-star Zoey Deutch, and also taking on rumors calling for him to be cast as Nightwing.

“Extra’s” Katie Krause spoke with Dylan, who couldn’t help but laugh. He said, “It’s very nice, but I’ve never been contacted about it professionally, so it makes me giggle.”

O’Brien seems open to the idea, though, saying, “I would like to entertain everything.”

In “The Outfit,” Dylan and Zoey got to work with Mark Rylance, who plays an English tailor working in a shop in Chicago, where most of his customers are gangsters.

Zoey commented, “He’s the best! He’s very magical. He’s very ethereal… He’s everything you expect and want to be and more.”

Dylan agreed, adding, “he's super infectious. He loves to play. He has, like, such a fun energy and, like, he invited us to his house one night. When we went to have dinner at his house one night and, like, we, like, played games and, like, you know, just ate and drank and put on a gangster movie, like, at the end of the night.”

The two also opened up about working with each other. Dylan shared while looking at his co-star, “Zoey has amazing energy and, like, you're also incredibly infectious to be around and work with, too, and you also, like, you're just so clear… about your thoughts and how you want to go about things, too… You’re never confused with where you stand… which I love/like in a person… You’re really, like, incredibly assertive about everything that’s going on with you at all times.”

O’Brien also praised Deutch for being “hardworking,” saying there are “100 hours in a Zoey day” and “eight in mine… I just don’t think I get anything done… you’re such a boss.”

Zoey said, “I’m obsessed with my work and acting, but when you leave a job with, like, a friend for life, that is much more valuable to me than any anything else that comes with work.”

She added, “I just fell in love with Dyl as a friend and an acting partner.”

Dylan and Zoey have both starred in music videos for music superstars — Dylan for Taylor Swift and Zoey for Justin Bieber.

A few months ago, Dylan was directed by Taylor in her music video “All Too Well.” They still keep in touch! He said, “I love Taylor. She has become a good friend of mine. I saw her last night.”

As for Zoey, she starred in Justin’s music video for “Anyone” and is now “buddies with his wife [Hailey].”