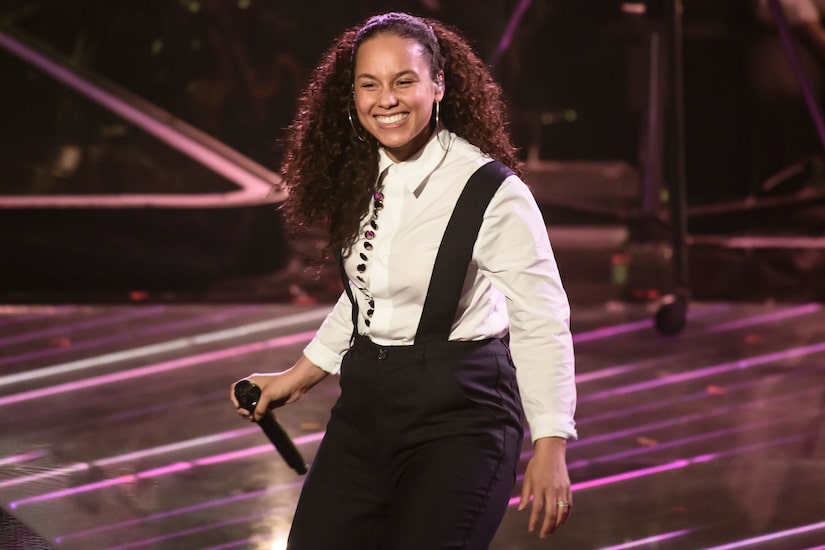 Alicia Keys has sold over 90 million records and won 15 Grammys, creating a movement with her 2012 hit “Girl on Fire.”

“Extra’s” Rachel Lindsay spoke with Alicia about the strong women in her life, the magic of “Girl on Fire,” and how she turned the anthem into a young adult graphic novel.

When it comes to women who empower her, Alicia praised her mom.

“My mother, she is the reason for everything,” she said. “She’s 100% feminist. I didn’t understand that until later in my life, to really understand her perspective and the desire to really uplift women and how important that it is.”

She went on, “My grandmother was also a really big inspiration for me… She taught me just about myself, about kindness… I actually did a post the other day recognizing a few beautiful women… Cicely Tyson… I read her book and I literally felt like she wrapped me in her arms… Michelle Obama… these are the women that have definitely just given me this injection of individuality and power.”

Opening up about “Girl on Fire,” Keys said, “There was something very magical about that song even as I was writing it. I said to myself, ‘Something is happening here.’”

Lindsay asked, “When you wrote the song, did you know it was going to be this anthem?”

Alicia said, “Honestly, I have to say… I was purposefully trying to describe this idea of not only myself but of other women that I know that… find themselves really having to pick themselves up and keep going and sometimes you don’t feel like you can keep going… These  words that you know your feet are on the ground and you’re burning it down, it’s like this inspiration to be able to say, like, ‘I can keep going.’” 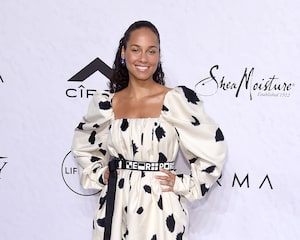 She went on, “Fast-forward to… millions of girls all over the globe singing at the top of their lungs this song, by the way and boys, whoever it might be, and I saw this power in being able to claim your greatness.”

Now, the hitmaker is putting those inspiring lyrics into a coming-of-age graphic novel about a teen named Lolo Wright.

Dishing on what the YA story is about, she said, “You get introduced to Lolo, who is… growing up in Brooklyn… She discovers she has this super power that she never knew she had, and so I think the metaphor is we all have some kind of superpower and what are we going to do with it?”

“Girl on Fire” is on sale now! 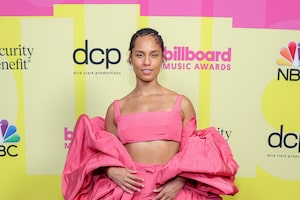 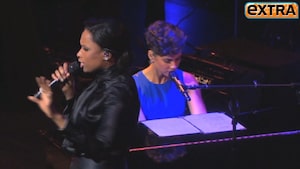 Alicia Keys and Jennifer Hudson Perform for a Good Cause