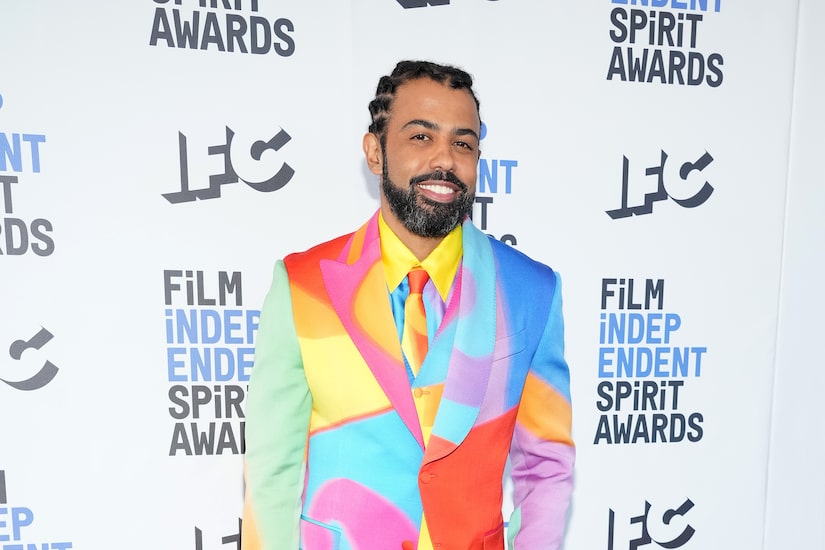 Actor Daveed Diggs said he was more than “very grateful” to be at the 2022 Film Independent Spirit Awards.

Diggs’ show “Blindspotting” was nominated for Best New Scripted Series years after he was nominated for his work on the original film. He said, “’Blindspotting’ is so special to me, obviously, and this thing that Rafael [Casal] and I have been able to sort of just keep living in… I'm gratified. I'm, like, very grateful for any attention it gets because it means we might get to keep playing in the world, and that means I get to go home to the Bay more often than I normally would and work with all of these people who are my best friends.”

Daveed said he was also “excited” about his role as Sebastian in Disney’s upcoming live-action version of “The Little Mermaid.” He shared, “I’ve seen like 40 seconds when I went in to do some ADR a little while ago and, I mean, it is stunning.”

He noted, “When I look at myself on the screen, I'm not gonna see me, so I get to actually enjoy this as a fan, where it's, like, sometimes when I'm watching myself, very hard for me. This won't be hard for me.”

As for recording those iconic songs for the movie, Diggs commented, “I got to hang out with Alan Menken and sing ‘Under the Sea’ and ‘Kiss the Girl.’ We got to record it all together, which is so rare these days.”

Menken is known for his work on other Disney movies, including “Beauty and the Beast,” “Aladdin,” “The Hunchback of Notre Dame,” and “Pocahontas.”

Along with calling his co-star Halle Bailey “phenomenal” as Ariel, Daveed added, “Getting to be in the studio with Halle and having her, like, throw in her little stuff was just like, you know… there's no other situation where I get to sing with her… That was very thrilling to get to be, like, in the studio next to her .”

Diggs noted that he “worked very hard” on his Sebastian accent! The movie is scheduled to hit theaters May 26, 2023.

Daveed just turned 40, so what’s he looking forward to in the future? He answered, “I’m just trying to figure out, you know, maybe by the time I get to 50, I’ll know something… I’m happy, my life is really good, and I’m proud of the things that I’m getting to put out in the world and very excited about all the new collaborations coming along.”

“I would like to stretch this vibe out as long as possible,” he said.