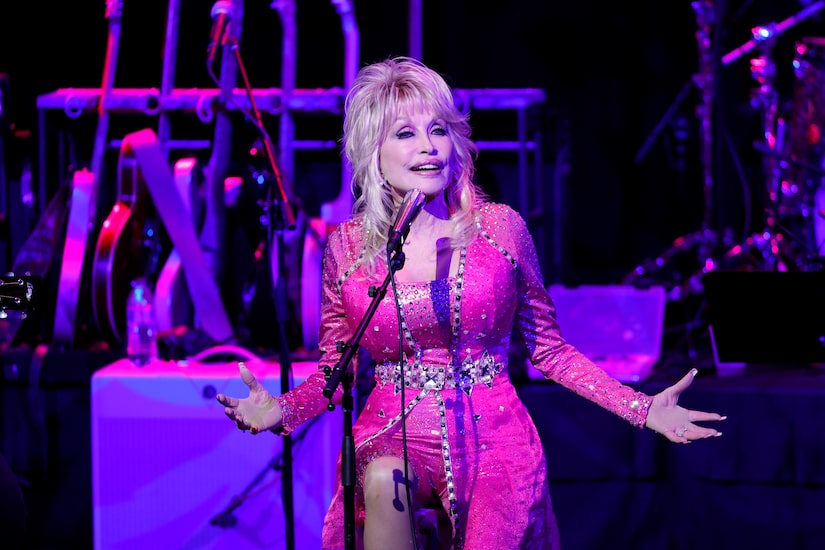 The undisputed country queen Dolly Parton is hosting the ACM Awards in Las Vegas this weekend!

“Extra’s” Alecia Davis spoke with Parton, who revealed how she is prepping for the show. She shared, “I'm doing the same thing, trying to figure out what I'm gonna wear and how am I going to wear my hair, what kind of makeup do I wear, big false eyelashes or medium eyelashes? You know, so all girls are the same when it comes to dressing up for big occasions.”

Since she’s hosting, Dolly is “going to be changing about five times,” adding, “You really got to hustle to have that many changes when you're hosting. You know, you just got a few minutes in-between.”

Parton is excited to host this year for one big reason. She noted, “Well, we're making history this year… We're going to be streaming all over the world, first time with Amazon Prime Video… And being up there at my age to feel like I'm important and that I can still do it.”

Dolly may be 76, but she’s ready to live on the edge and do it live!

She commented, “There's always a great excitement about possibly messing up… I could go out with half a dress on and just say… ‘I didn’t get time to get completely dressed but…’ I never panic… And I have you know two great hosts with Jimmy Allen and Gabby Barrett, so if I mess up too bad they can take it away.”

Parton is not only hosting, she is being honored, with Kelly Clarkson performing a tribute for her.

“Who can sing better than Kelly Clarkson…? She’s going to kill it. And she will make my songs sound a lot better than they really are, so I’m really looking forward to hearing her versions of my songs.”

During the show, Dolly will be performing a number with Kelsea Ballerini. She teased, “We're doing ‘Big Dreams and Faded Jeans,’ which is one of the songs from our ‘Run, Rose, Run’ [album].”

Of her collaboration with Kelsea, she gushed, “Well, I think she's precious. I think she's got a big, bright future ahead of her.”

She dished, “So he came down and we talked about it. He said he'd always wanted to write something about Nashville. So we did… One day I thought, ‘Ya know, I do believe that I need to write an album because this is about Nashville, about girls, two women in the business… I'm just going to write about these characters and their personalities… And so that's how it came to be. I just thought there should be a soundtrack to this book, since that's what I do… It’s a great companion piece for the book.”

The 2022 ACM Awards are streaming March 7 on Amazon Prime Video.