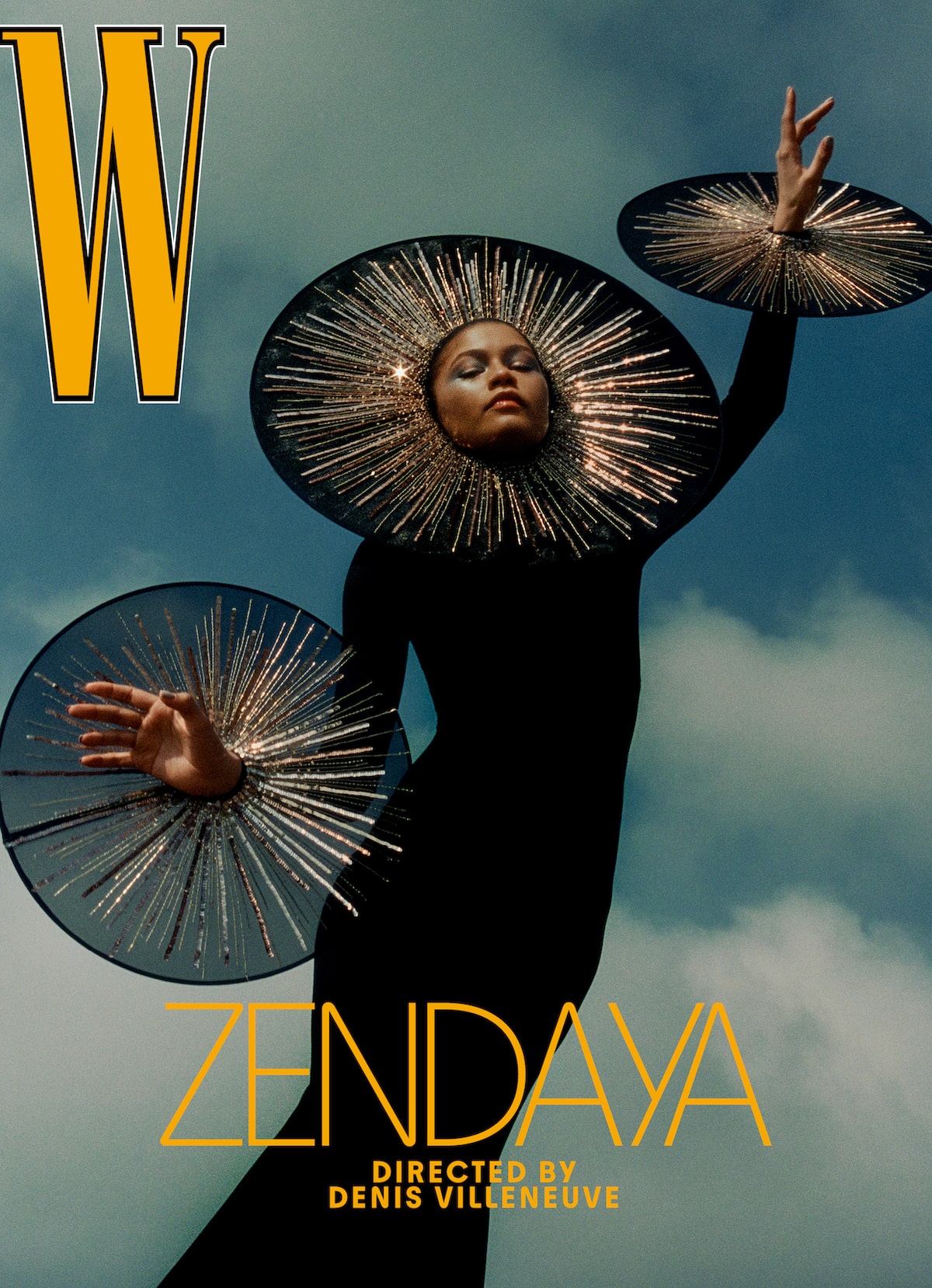 Zendaya is gracing the cover of W magazine’s Directors Issue!

Zendaya worked on the Jack Davison magazine shoot with direction from “Dune” helmer Denis Villeneuve, who said he was inspired by David Bowie in the 1976 sci-fi classic “The Man Who Fell to Earth.”

Villeneuve asked Zendaya for her take on a visitor from the future!

In her feature, Zendaya recalls being nervous about shooting scenes with her “Dune” co-star Timothée Chalamet, explaining, “I had just gotten my wisdom teeth taken out… My biggest fear was that my mouth would be vile, and then I would have to do a scene with Timothée where we have to be really close, and he would smell my dry-socket breath.” 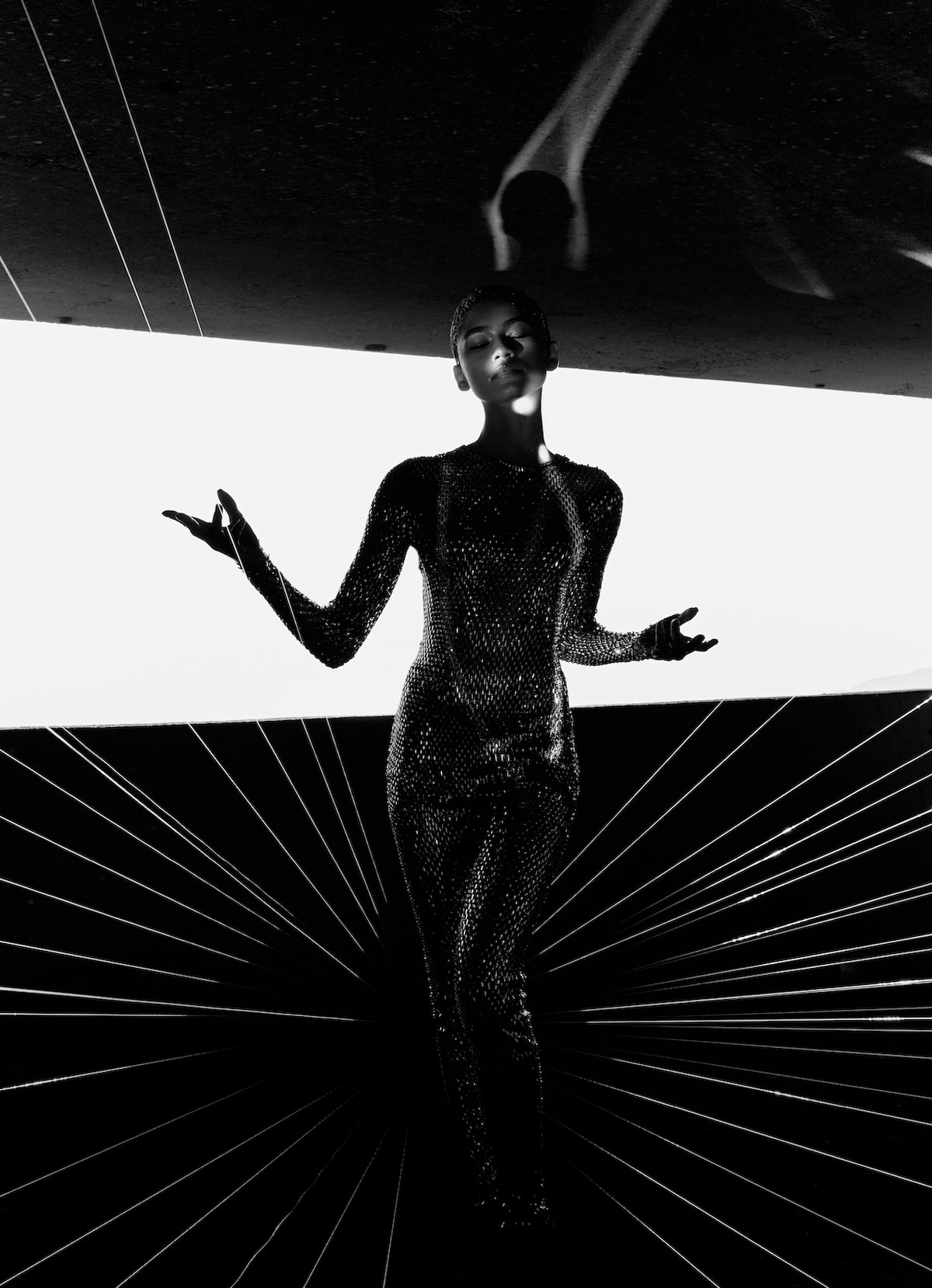 While Zendaya was only in seven minutes of “Dune,” they did share a kissing scene!

Zendaya will have a bigger role in the upcoming “Dune: Part II” movie, also directed by Villeneuve. As for what attracted her to the first movie, a lot of it had to do with having him as the director. She explains, “Walking in other people’s shoes is my job… So when you have this beautiful meeting of escapism, other realms, dimensions, planets, futurist times, but then you can also exist as a human being who’s just going through life and trying to survive and exist [trailing off]… It’s so hard to find the heart in something really, really massive. And there’s no person better at that than Denis.”

Denis also has wonderful things to say about working with Zendaya for his first magazine shoot ever, sharing, “Zendaya has shot maybe 10,000 covers of magazines. It’s something I’ve never done… I’m approaching this with a lot of humility. My expectation about it is just to have, frankly, creative fun.” 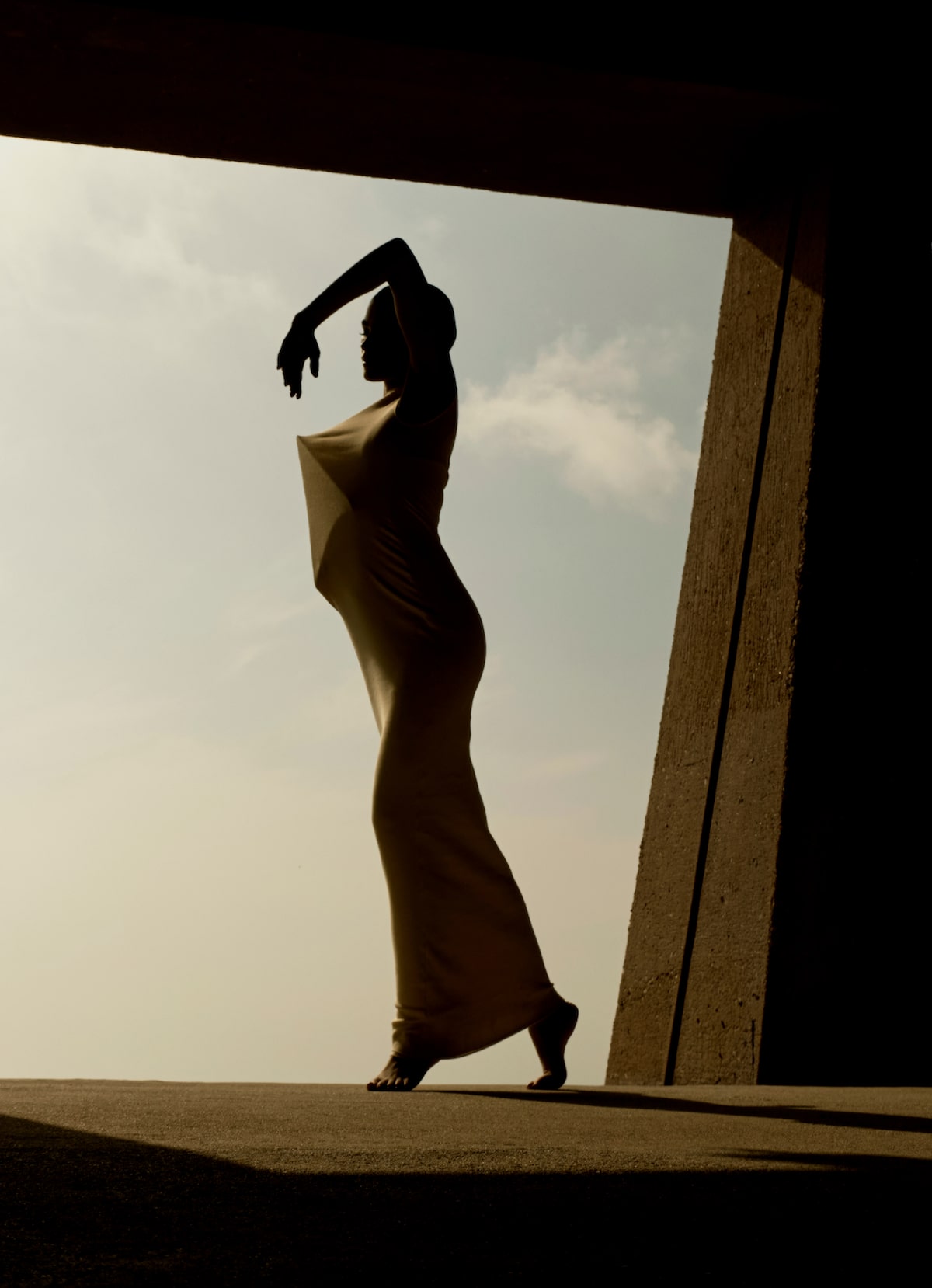 Zendaya also opens up about why she likes acting in the issue. She noted, “As a Virgo, I hate not being in control of things, and spontaneity is difficult for me in real life… It’s funny, because that’s why I love acting so much. It’s the one space in which I can feel safe being spontaneous, because I’m not myself; I’m someone else. There are no consequences.”

Speaking of losing control, Zendaya has to do just that for her Emmy-winning role in “Euphoria,” in which she plays a high school student struggling with drug addiction.

She is already getting rave reviews for her portrayal of Rue on Season 2 of the show, which is HBO’s second most-watched series across all platforms, behind only “Game of Thrones.” Many are even predicting that she’ll win a second Emmy for her work!