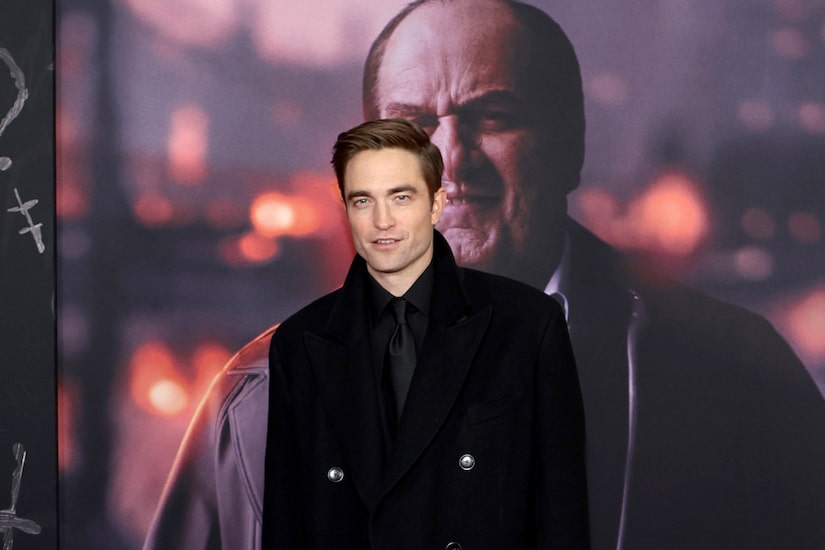 Robert Pattinson is the Caped Crusader!

“Extra” Special Correspondent Adam Glassman spoke with Pattinson at the NYC premiere of “The Batman,” where he raved about his co-star Zoë Kravitz, who he described as “wonderful” and a “hard worker.”

He said, “She came in, she was just so at ease with the character immediately… It’s a hard shoot and shooting during the pandemic… it’s tough and, like, to have someone who’s really cool and has a really good attitude, it’s great.”

When Adam complimented Pattinson for being a “calm” superhero, he quipped, “I’m trying to be. Regulating my breathing right now. I always get too overexcited at premieres.”

As for how he felt when he put on the Batman suit for the first time, Robert said, “It’s very special… You can feel how much, like, elemental power it has. You’ve grown up with this… I was dressing up as Batman — it’s incredibly strange to put it on and you realize the character is bigger than you… You can use that to your advantage sometimes, and I mean you realize it’s actually quite unwieldy in a lot of ways as well.”

While it was “fun” and “exciting” to take on the role, Robert admitted that he felt “tons” of pressure.

He said, “I grew up watching all these movies… It’s weird; it was such an insular experience… because you’re quite isolated when you’re in the suit and just the nature of the story we’re telling as well. You’re kind of alone a lot.

“It’s really easy to just let yourself be immersed in the new Gotham that Matt built, and I really didn’t even really think we were making movie… The realization hasn’t really hit you.”

Robert even spoke with another iconic Batman, Christian Bale, who was “very supportive” of him taking on the role.

Pattinson grew up watching Adam West play Batman. He explained, “There used to be four channels in England and even though only four channels, [there] are still reruns of stuff from 40 years previously.”

While he watched West “all the time,” Michael Keaton’s “Batman Returns” is the one that “triggered” him. He revealed, “I had the VHS of that and just watched it obsessively.”

Adam also spoke with Zoë, who called Robert "wonderful" too! She added, "He's someone I've known for a long time. I was really in awe of his ability to completely disappear into this character. I would forget that it was him sometimes."

Has Kravitz seen any of Robert's "Twilight" movies? She answered, "I've seen the first one in theaters."