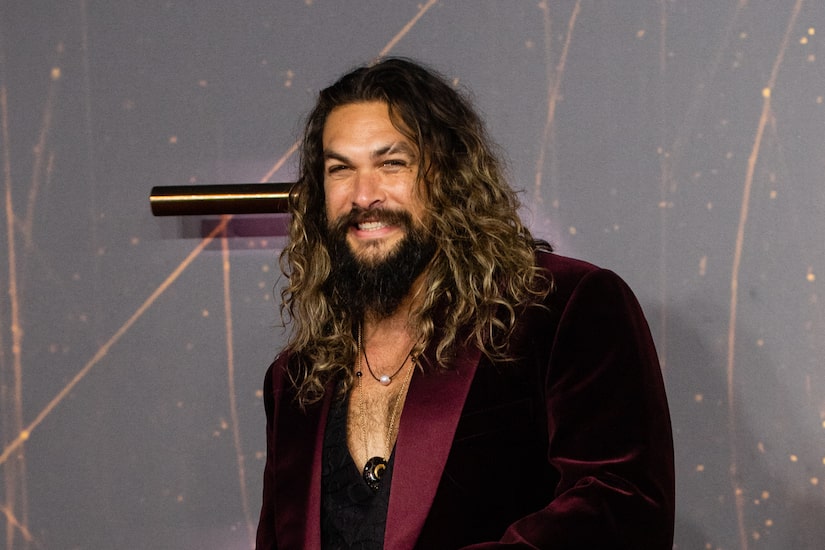 Jason Momoa was at the premiere of “The Batman” to support stepdaughter Zoë Kravitz, who plays Catwoman!

In a new interview with “Extra’s” Special Correspondent Adam Glassman, Jason talked about the sweet Instagram pics he posted with Zoë’s rumored BF Channing Tatum as they jetted to NYC together.

Of the Instagram pics, Jason said, “Oh, yeah, it was a friend who helped us out and got us here quick. You know, everyone’s got their lives going on, but we wanted to be here.”

Jason hasn’t seen the movie yet, saying, “It’s fun being next to the kids and watching it for the first time.”

Momoa also revealed his favorite Batman, saying, “My first is Michael Keaton… That’s what I grew up with.”

Michael might be his favorite, but “Lego Batman” is his favorite movie since he watches that one the most with his kids.

As for his favorite Catwoman, he said without mentioning Zoë, “That’s a no-brainer.”

At one point during the interview, Momoa even fanboyed over “The Batman” actor Jeffrey Wright, who was standing near him on the red carpet!

Also also spoke with Jeffrey, who revealed his favorite Batman and Catwoman. While he grew up watching Adam West and Eartha Kitt/Julie Newmar play the roles, he was all about Robert Pattinson and Zoe's fresh takes! He praised them for "bringing so many levels and layers to this performance."