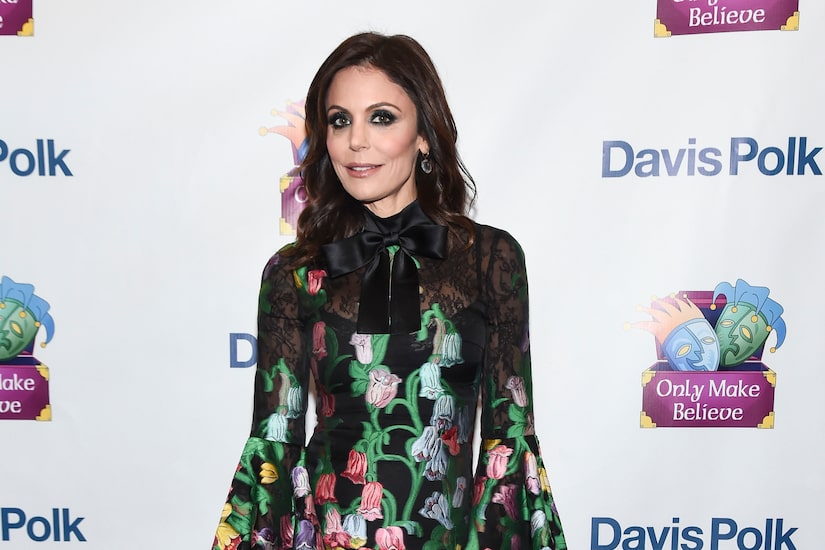 Bethenny Frankel’s BStrong initiative is stepping up to help Ukraine.

“Extra’s” Billy Bush spoke with Frankel about providing aid to Ukraine. Of her decision to send $10 million in aid to Ukrainian refugees, she said, “The aid we have in our warehouse and the aid we are amassing, aid from Europe, companies like Goya… that can get goods to us sooner, we will ship them and put them in a warehouse and truck them to not only places in Poland for refugees but back inside the Ukraine.”

She pointed out, “As of today, we are at $4.5 million in cash donations from the average American $50 donation… That’s the thing that is really amazing… I am shocked by that.”

Bethenny added, “We are helping with people’s logistics — do they want to stay in Poland or move to other places inside of Europe?”

Bethenny has gotten in contact with Maksim Chmerkovskiy, who has been updating his Instagram with what is happening in Kyiv. She shared, “He said it’s crazy what’s going on here… I was texting with his wife [Peta Murgatroyd] and she put me in touch with him, and we had a phone call and we led people to BStrong and we talked about logistics.”

As for her conversations with Peta, Bethenny revealed, “We were messaging and she sounds like a scared wife… I think she is fragile and really tentative and will not feel safe since he is home… He seems strong but is a little defeated. I think he is watching horrible images… It’s great that he feels the need to communicate… He’s proud. It’s making Ukrainians just seem like such a strong constitution of a person.”

Frankel is “really passionate” about the fight for Ukraine. She explained, “People don’t realize till you’re actually there what it is like for these people… Think about what it would be like to be separated from your family, your father you may never see again. He’s handed a weapon, he’s a peaceful man.”

When Billy said that he could picture “something amazing” coming out of all this, Bethenny commented, “I love what you are saying because resistance, the David and Goliath situation, and you are just seeing pride.”

Praising Ukrainian President Volodymyr Zelenskyy, she went on, “It’s being lived on social media, people are holding everything accountable… It’s great for kids to see, it’s inspiring, and Zelenskyy has been so inspiring.”

When Billy brought up that China wants a quick resolution, she emphasized, “People are standing up for themselves… I have gotten so many messages from so many people. I have never seen aid come in like this ever, and we have done things around the word… I am proud of Americans.”