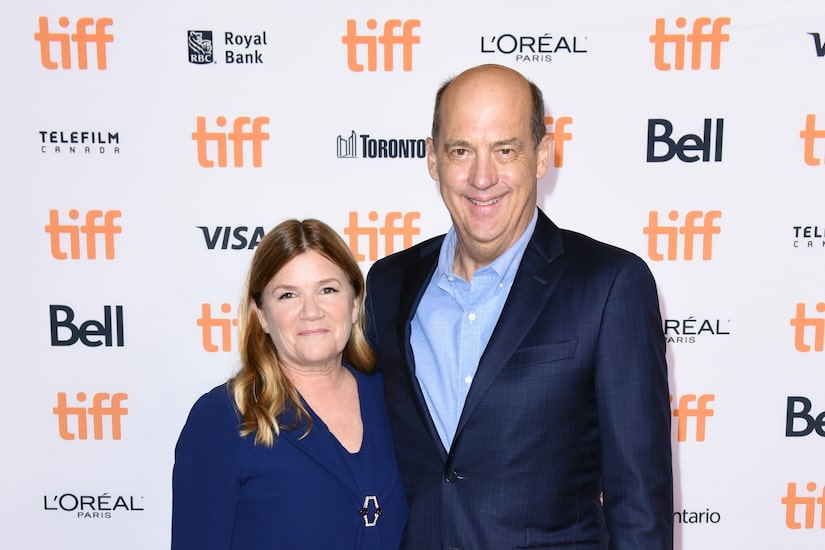 In a new interview with Esquire, Edwards revealed that they privately eloped last year.

Their special day was “just the two of them and an old friend to officiate.”

Of his now-wife Mare, Anthony gushed, “She’s just spectacular. She’s an amazing singer and she’s a wonderful actress and she’s an incredible person.”

The pair played love interests in the 1988 film “Miracle Mile,” and ten years later, they worked together again on the fifth season of beloved show “E.R.”

They went on to date other people but remained friends throughout the years. After their respective marriages fell apart, things got romantic in 2019 when they were both residing in New York City at the same time.

They attended several public events together before the COVID-19 pandemic hit the U.S.

As for their life together during lockdown, Edwards told Fox News, “We’ve been having incredible walks. We have a family staying with us with a young child, our godson, who’s only 19 months old, so we’ve formed this group for the last five weeks.”

He elaborated, “It’s been really nice to get into some different rhythms and also use technology as we’re using today to connect with people. We’re trying to prioritize what is important to this life when we’re realizing how fragile it is when a pandemic can come in and take so many of us so quickly.”

Edwards was previously married to Jeanine Lobelle, but they called it quits in 2015 after over 20 years of marriage.

Ahead of his 60th birthday, Anthony reflected on his life, telling Esquire, "I go, wow, how did that happen? And then I look and it happened because of the grace of a lot of really, really lovely people and the relationships in my life, good and bad, really appreciating them. It’s what we talk about in this Walking Dead thing: that we can never isolate. Isolation is death.” And that’s where he leaves it: this guy I’ve never met who I’ve known forever, this self-deprecating life-saving activist, this Goose. “The only way we really survive is by connecting.”