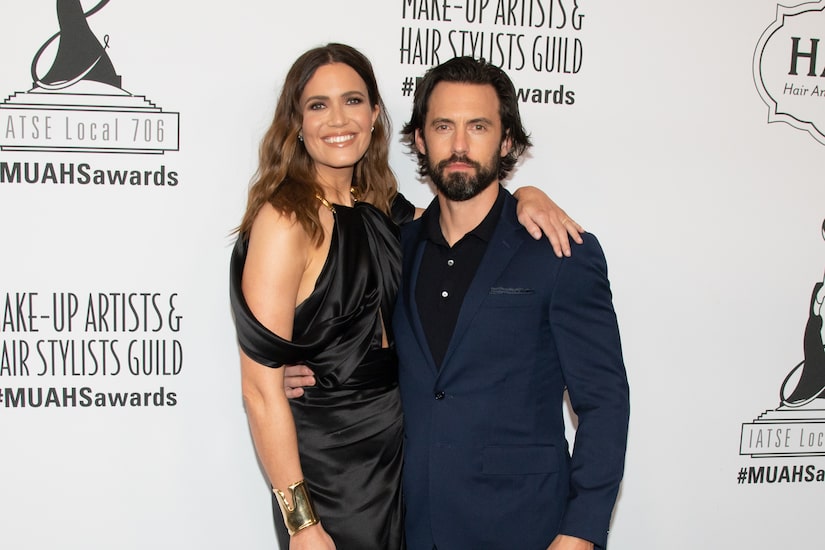 “Extra’s” Rachel Lindsay spoke with Mandy Moore and Milo Ventimiglia at the 2022 Make-Up Artists and Hair Stylists Guild Awards, where they discussed the final season.

The pair, who play Jack and Rebecca Pearson, haven’t shot the finale. Mandy said, ‘We’re still like right in the middle of all the works.”

Milo added, “We are coming up on filming of our 100th episode.”

As for their thoughts on the show creator teasing a possible reunion movie in the future, Mandy said, “Sign me up!”

Milo chimed in, “Anything to be with Mandy, of course.”

Mandy went on, “To be with Milo to keep telling the story of Jack and Rebecca and this family, like, I would love nothing more.”

Aside from Mandy, Milo said he would totally do a reunion movie because of the “wonderful” cast and crew.

At the award show, the two recognized their TV crew, who they’ve “spent countless hundreds, thousands of hours with” for the six seasons of the show.

Mandy emphasized, “They are such a integral part of who we are, of who our characters are, of helping telling this story… To be able to honor them and all the artists here tonight is just a blast.”

Mandy spends “four hours” in the makeup chair to age her character Rebecca. She went on, “We’ve whittled down the time. At this point, I just sort of zen out.”

Mandy and Milo also took a couples quiz, revealing who takes the longest to get ready, who’s the messiest, and who is the night owl between the two.

They both agreed that Mandy takes longer to get ready on set, due to her character’s aging process. While Milo declined to answer who was the messier one, Mandy said, “Milo is meticulously neat and tidy and has, like, an order to everything… I’m a very, like, neat person, but no one beats Milo.”

Milo did say that he is the night owl, joking, “Mandy Moore’s bedtime, it’s right now.”

“This Is Us” airs Tuesdays on NBC.