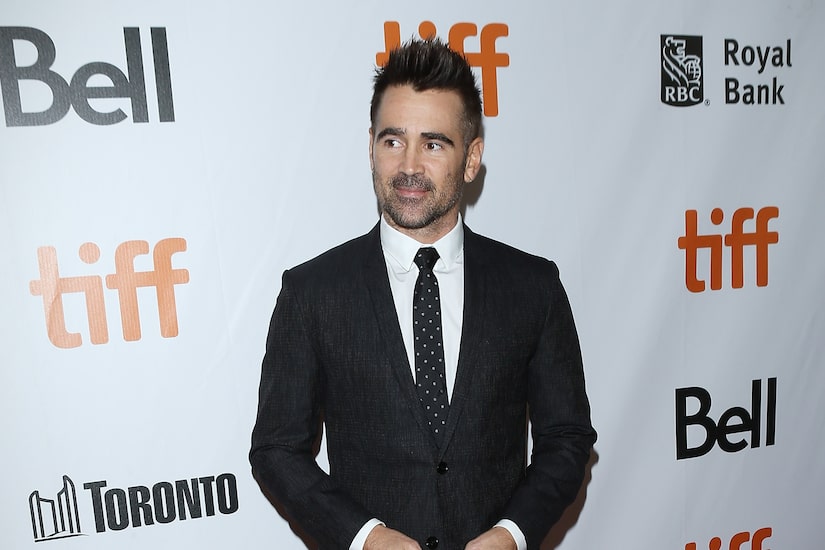 Colin dished on his incredible transformation into the Penguin and his son’s “horrified” reaction. He shared, “The first time we did it… we took six to eight hours just putting in the teeth for the first time, the wig, the bodysuit, the whole thing and it was really powerful.”

“I just sparked my imagination and continued to every day that I went to work. I just felt like I had such license to inhabit a character in a way I had never been given… When my kid saw me for the first time, he was utterly horrified,” Farrell went on. “I have it on iPhone. He was horrified.”

When Rachel suggested that he post the video, he commented, ‘Not in a million years… It’s just not me.”

John also shared his reaction to Colin’s transformation, saying, “I, too, did not recognize Colin and when I did talk to Colin up close, it was sort of an out-of-body experience… I know Colin as an actor. He reminded me of people that I knew in real life, actually that look like that — and particularly his ears.”

When John asked about the hair on the Penguin’s ears, Colin quipped, “That was actually mine, John.”

In the movie, John plays Carmine Falcone, an enemy of Batman, but also a friend to Bruce Wayne’s family. He noted, “[Director] Matt [Reeves] was really interested in the nuance of their relationships with the Wayne family.”

Without giving specifics, John noted that he based his character on “a couple of people.” He explained, “You’re always stealing and it could be one little thing, then something from someone else, then you’re sticking it together and figuring out what it is.”

Colin described his version of the Penguin as “very grounded.” He added, “Matt Reeves… wanted everything to be relatable, to be kind of recognizable in this physical world we share, whether it’s the level of corruption or the degree of violence that’s prevalent in Gotham.”

Farrell noted that the audience will see the Penguin at an “earlier stage in his career than we’re used to seeing him,” pointing out, “He has great expectations, but he’s nowhere near where he wants to be at.”