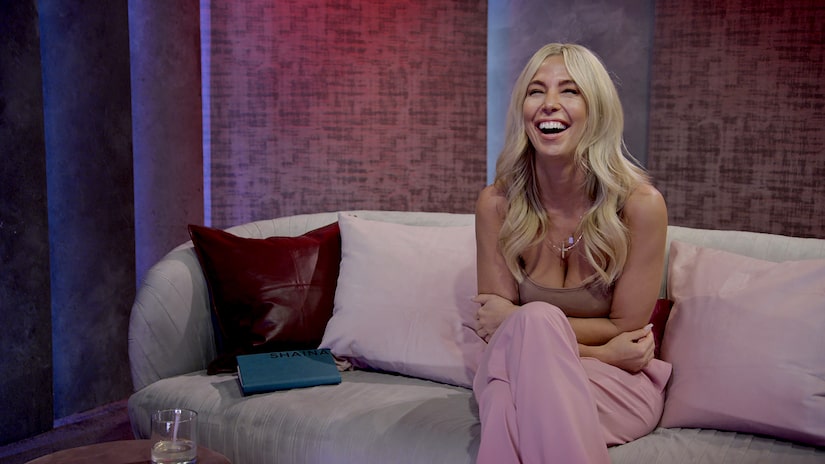 On the second season of “Love Is Blind,” Shaina Hurley said “yes” to Kyle Abrams, even though she still had feelings for Shayne Jansen.

As for why she accepted Kyle’s proposal, Shaina admitted, “When I was going through the whole process, I think I kind of got wrapped up in it.”

“I also didn’t want to hurt him, which is not a good reason to say ‘yes’ to somebody, looking back on it,” Hurley went on. “I wish I would have been forthright from the beginning, but it was just crazy… It was more out of, again, people-pleasing.”

Shaina also confronted Shayne about his engagement to Natalie Lee. She said, “It’s not that I wanted them not to work out. I think it was just more about speaking my truth about the situation.”

“It wasn't my place to say if their relationship was fake because like I was not there behind closed doors,” Hurley noted.

Shaina explained why she called Shayne and Natalie’s relationship “fraud,” saying, “it was more out of like concern… It really wasn’t my place to say, it was just outside perspective.”

In spite of it all, Hurley is on good terms with Abrams and Jansen. She said, “We still keep in touch.”

While she is “friends” with Shayne, she has “no idea” how Natalie feels about it. Shanina added, “I wish her the best, I have not talked to her unfortunately.”

Shaina has given back her engagement ring to Kyle, but she played coy on her current relationship status. She quipped, “You’re going to have to stay tuned.”

Does she still have feelings for Shayne? Shaina answered, “I think he’s a great person. I want nothing but the best for him.”

In a separate interview, Kyle opened up his “horrible” breakup with Shaina. He told Katie, “I was the worse interaction we had…. It was hard for her to do.”

“I’m never the one that gets broken up with. I know that sounds cocky, but now I know,” Abrams added. “Normally, it’s like no one’s ever going to know, I can change the story, but I can’t change this story.”

Along with regretting his proposal, he said, ‘It was the one [engagement] I was willing to do. Like I’ve been pressured in past relationships… but now this time, I went for it and it didn’t work out.”

The now single Kyle described his current relationship with Shaina as “strangers,” like the engagement “never even happened.”

Kyle was joined for the interview by Salvador Perez, who discussed his romance with Mallory Zapata and how he felt about her having a strong connection to Jarrette Jones.

Episodes 1-9 of “Love Is Blind” Season 2 are now streaming on Netflix.