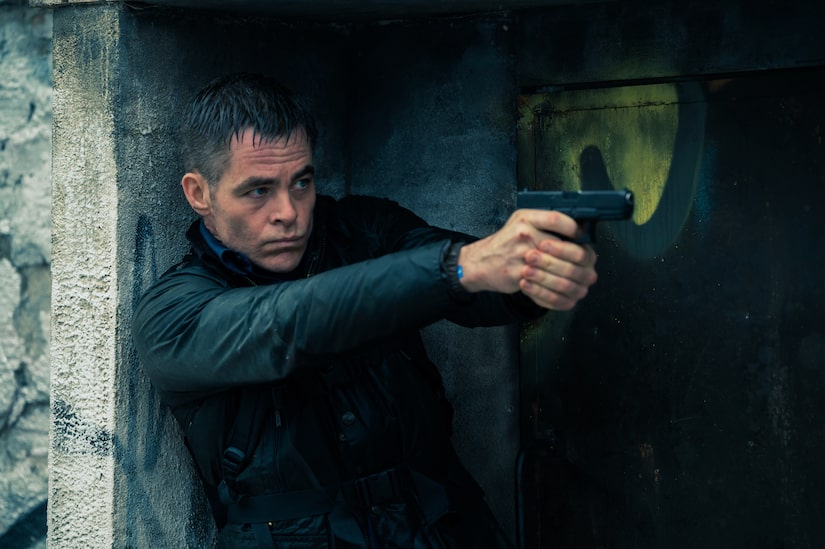 Paramount has finally dropped the official trailer for “The Contractor.”

The film reunites Chris Pine and Ben Foster, who previously starred as brothers in the Oscar-nominated neo-Western crime film “Hell or High Water.”

According to the movie trailer’s synopsis, Pine plays “Special Forces Sergeant James Harper, who is involuntarily discharged from the Army and cut off from his pension. In debt, out of options, and desperate to provide for his family, Harper contracts with a private underground military force.”

It goes on, “When the very first assignment goes awry, the elite soldier finds himself hunted and on the run, caught in a dangerous conspiracy and fighting to stay alive long enough to get home and uncover the true motives of those who betrayed him.”

In the trailer, Foster appears to play a fellow brother in arms who also gets involved in the vengeance plot against the government. It is unknown if he too was involuntarily discharged from the military, but the trailer does reveal a bit of backstory behind the character’s bond.

Kiefer Sutherland stars as the tatted-up mastermind behind the aforementioned underground military group. At first, it seems he wants to help Harper by giving him the opportunity to join this underground group and take back what he deserves.

In the trailer, he tells Pine’s character, “We gave them our minds, our bodies, and our spirit, and they chewed us up and spit us out,” before telling him about the group, adding, “We operate in a deep black OGA offshoot with direct presidential authority. So, what do you say — you down for the cause?”

Facing financial trouble after losing his pension, Pine’s character feels he has no other choice but to join the team. However, as seen in the trailer, Harper soon realizes he may have gotten himself involved into a much more dangerous, larger conspiracy. With his life now in danger and his morality in question, it is to be seen whether he will be able to save his life and his family’s while uncovering who truly is behind this operation.

A voice in the trailer is heard warning him that Sutherland’s character will be “coming after you with everything he’s got.”

Pine will be making his directorial debut later this year with the film “Poolman,” and reprising his role as Captain Kirk in the fourth installment of the most recent “Star Trek” reboot.

“The Contractor” will be released in theaters, digital, and on demand April 1.