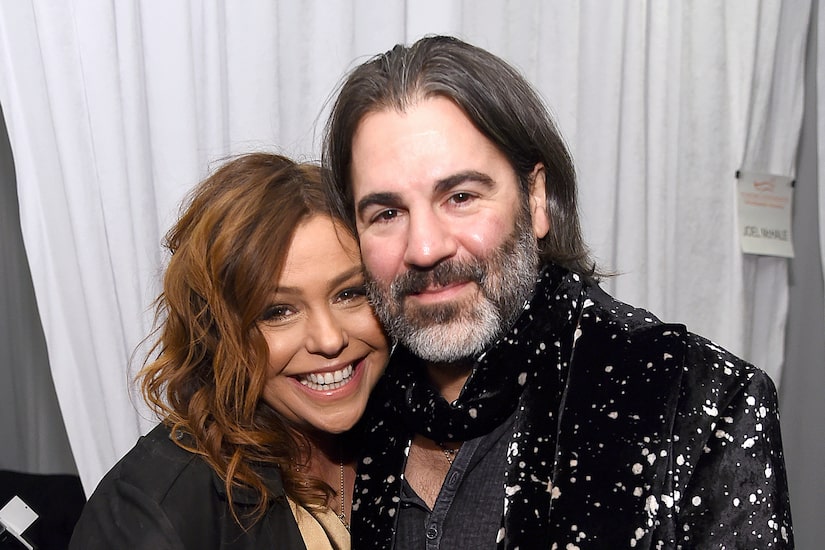 Famed chef Rachael Ray has been serving up tasty dishes on her hit daytime talk show for 16 seasons!

On Valentine’s Day, Rachael and her musician husband John Cusimano are dishing about their marriage with “Extra’s’ Special Correspondent Tommy DiDario, who is also Rachel’s lifestyle expert!

The couple have been together for 20-plus years and celebrated their 16th wedding anniversary in September. When asked what the secret is to making their relationship last and flourish, John answered, “We need to be able to make each other laugh.”

Rachael agreed, adding, “We do. We’re both really volatile, which is a good a thing… and we don’t have any rules. There’s never a set time to eat or an expectation of what the next day’s gonna be or what we’re gonna do.”

The pair met at a mutual friend’s birthday party in 2001. Their friend had been trying to set them up for a year before the party. They would eventually tie the knot in 2005.

What about their plans for tonight? John shared, “We’re gonna go out for a special little dinner.” Rachel asked, “But what do you get every year?” John revealed, “She gets me a bouquet of salami… So instead of flowers, its salami.” Rachael elaborated, “Twelve salami.”

Rachael and John also participated in a special Valentine’s Day edition of our “Extra” rapid-fire couples quiz, answering questions like who’s the most romantic, who’s the more organized, and who fell in love first!

From the quiz, we learned that John is the most romantic, while Rachael is more organized. As for who fell in love first, it happened at the “same time.”