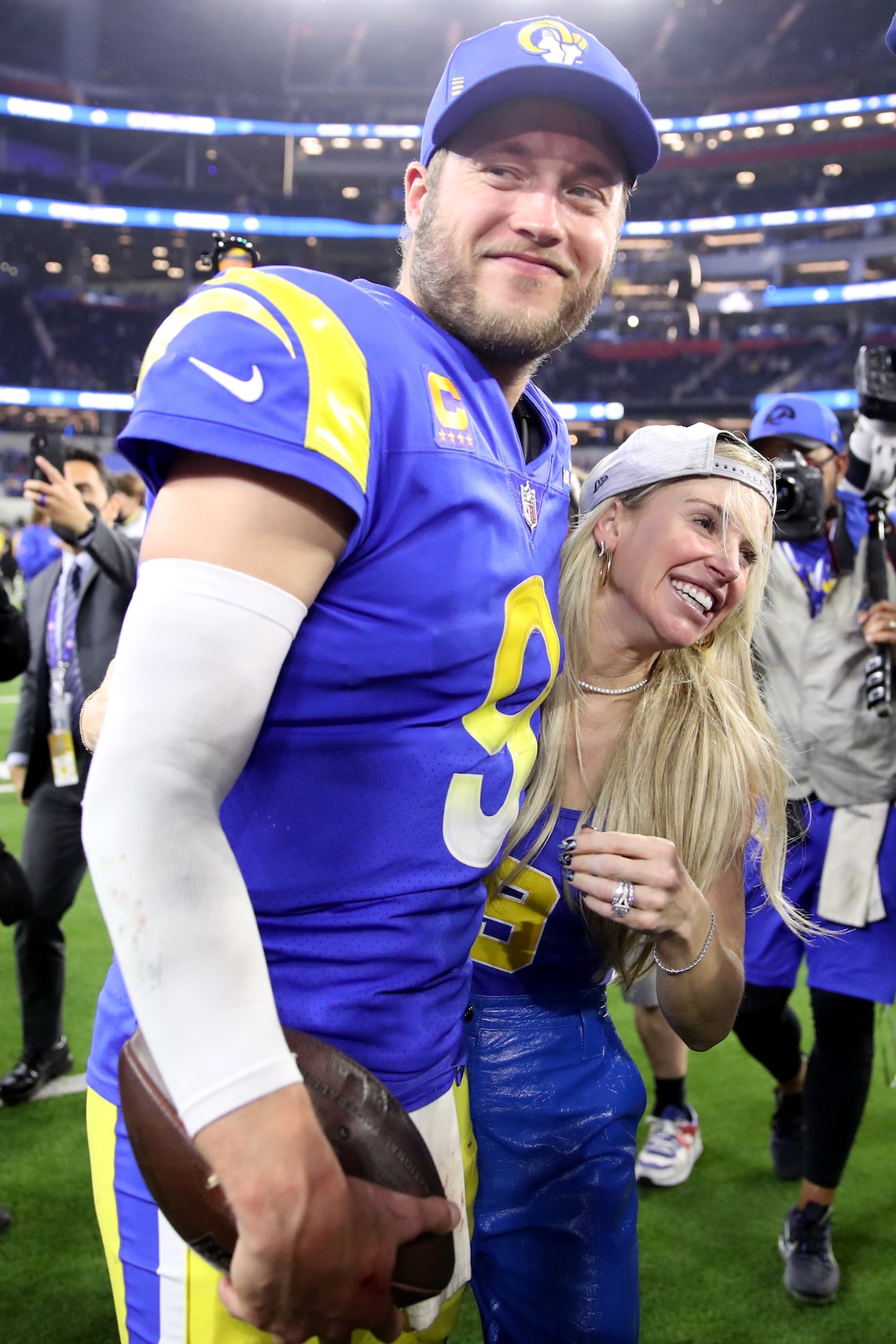 We are only days away from the Super Bowl game between the Los Angeles Rams and the Cincinnati Bengals.

“Extra” Special Correspondent Jenny Taft recently spoke with Rams quarterback Matthew Stafford, who is looking for his first ring. He shared, “It’s what you dream of doing when you’re a kid out in the backyard playing catch with your dad.”

Stafford is also gearing up to celebrate his 34th birthday with his wife Kelly. Of their relationship, he said, “I’ve needed her so many times in my life outside of football. Whatever it is, she’s always there.”

Matthew stressed that he hopes he’s been able to do the same for Kelly, who was diagnosed with a brain tumor in 2019.

In April 2019, Kelly underwent a 12-hour surgery to remove the tumor. Following the surgery, she had some personal obstacles, like relearning how to walk again and being apart from their kids during some of her recovery.

Matthew was with her for every step of the way and now, three years later, she’s made a full recovery.

Kelly showed her appreciation for Matthew in an essay for ESPN. She wrote, "Matthew was incredible during the whole process. He was literally by my side at every step. I had exercises I needed to do — some of them were seemingly simple, like shaking my head left and right — and Matthew helped me through all of it."

Now, Kelly is rooting for Matthew to lead the Rams to a Super Bowl win, which would be the team's first since 1999 when they were still in St. Louis.

In a recent interview with "Good Morning America," Kelly said, "I am so excited for him, I mean he has worked his butt off for a long time. He had so much pressure on him. That team had so much pressure on them. And if they didn't make it to the Super Bowl they were a bust, you know? So now that that pressure is kind of taken off in a way, he can just go play this game and have some fun, while he's doing it."

The couple share “four incredible girls, who are the highlights of our lives," Matthew told Jenny. They even recently sported Rams gears when the team became NFC West champions.

As for who he would want to play in a movie, Matthew said, “Leonardo DiCaprio. I don’t know how good he is at throwing a football but with modern technology, I’m sure we can make it look good.”

Jenny also chatted with Matthew’s teammate Odell Beckham Jr., who had other suggestions on who should play Matthew. He named Ryan Reynolds and Ben Affleck.

Who should play Odell in a movie? He wants Will Smith, saying, “I grew up on ‘Fresh Prince.’ I literally copied his mannerisms leading up to manhood.”

Tune in to see if Matthew and Odell win the Super Bowl on Sunday on CBS.