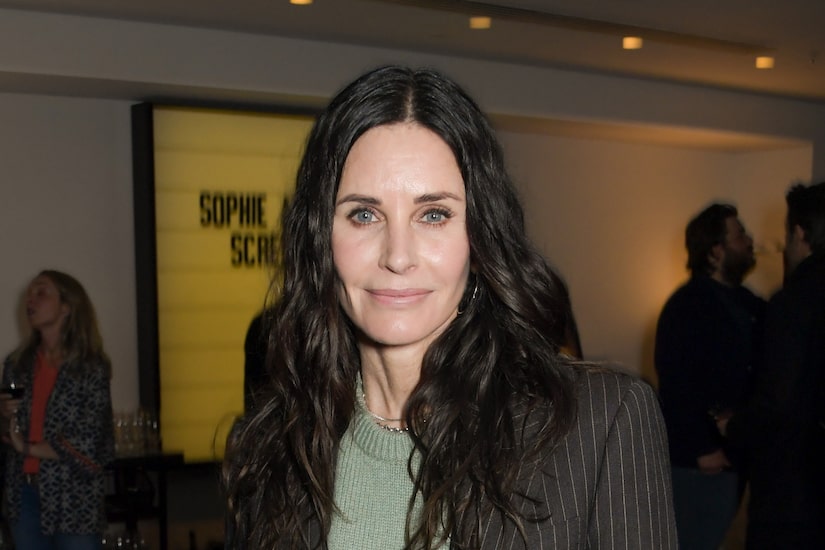 Cox teased the show, saying, “It definitely gives you absolute scares, but it to me is a dark comedy.”

Courteney gets scared easily, admitting, “I can’t sleep in the house myself.”

Referencing her hit franchise “Scream,” she added, “I’m scared of Ghostface… I’m certain that Ghostface is out on that street I’m about to go on after this interview.”

Greg didn’t make it easy for Courteney! She shared, “Greg scared a lot on set because he’s just that kind of prankster guy.”’

Greg joked, “Courteney, look behind you right now, I’m not… no, I’m kidding.”

When asked if they believe in ghosts, Kinnear answered, “I don’t believe in ghosts… I feel like the odd man out. Courteney’s got fabulous hauntings all the time and I’m jealous, quite frankly.”

Courteney shared a ghost story, saying, “My house was supposedly haunted. I lived in Laurel Canyon at the top of it. One day, I open the door and there’s a UPS guy or whatever… He said, “Do you know that the house is haunted?’ And I go, “I’ve heard so. Why do you say that?’ And he goes, “Because there’s someone standing right behind you.’”

Courteney quipped, “And I went... time to move.”