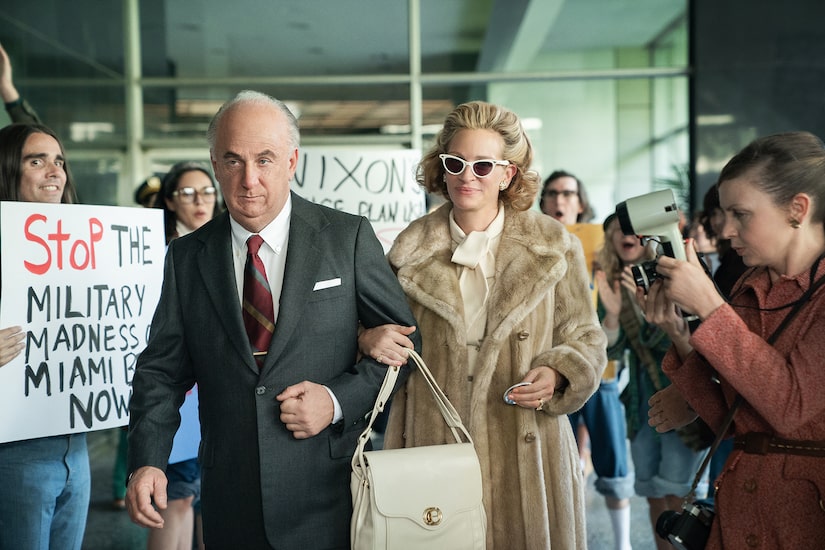 Sean Penn and Julia Roberts have undergone dramatic transformations for their upcoming miniseries “Gaslit,” which is a “modern take” on the Watergate scandal.

On the show, Roberts plays Martha Mitchell, the whistleblower who brings attention to Nixon’s involvement in Watergate. Penn is portraying Martha’s husband, Nixon’s loyal Attorney General John Mitchell, who is forced to choose between his wife or the President.

Sean is unrecognizable, rocking a bald look, belly, and a double chin.

In the trailer, Julia shows off a Southern accent while her character defends her decision to sound the alarm. When asked if she was crazy to accuse the President of the Watergate break-in, Julia’s Martha says, “I’m a Southern woman. We speak our minds. We talk. I just never stop talkin’!”

At the Television Critics Association Winter 2022 Press Tour, showrunner Robbie Pickering said, “’Gaslit’ is the Watergate story you’ve never heard before. At the center of the show is Martha Mitchell, an unlikely whistleblower who is the first person to bust the whole scandal wide open and ultimately becomes the subject of a vicious White House smear campaign enacted in part by her own beloved husband, Attorney General John Mitchell. We also feature John Dean, a hotshot administration lawyer dragged into the coverup and thrust into the spotlight with his acerbic, whip-smart wife, Mo.”

“The goal in making this project has always been to bring a real humanity to this subject, which yields a far richer and more relatable story than the standard male-driven political dramas about the period,” Pickering added. “I can’t wait for viewers to experience the extraordinary performances in this remarkable ensemble, led by Julia Roberts, brought to life in this thrilling, stranger-than-fiction tale of marriage, love, betrayal, and ultimately, hope.”

Executive producer Sam Esmail, who has worked with Roberts on “Homecoming,” shared, “I don’t think it’s a mistake the women who played such an instrumental role in this scandal were ignored and silenced. I think it’s by design. That’s the perspective shift this story takes on.”

Darby noted at the virtual event, "We keep the reality of the grey areas. I don’t like it when all of a sudden the overcorrect is to just give the women all of the answers. We used to have no answers. It’s still women struggling in 1972 with the obstacles that women have dealt with.”

Dan added, "Anyone can go and read a book about this or the Wikipedia entry, but there are human stories that illustrate the depth.”

“Gaslit” is inspired by the first season of the “Slow Burn” podcast. It premieres April 24 on Starz.

Last summer, Penn insisted that everyone on the production be vaccinated amid the COVID-19 pandemic or he would not return to work. 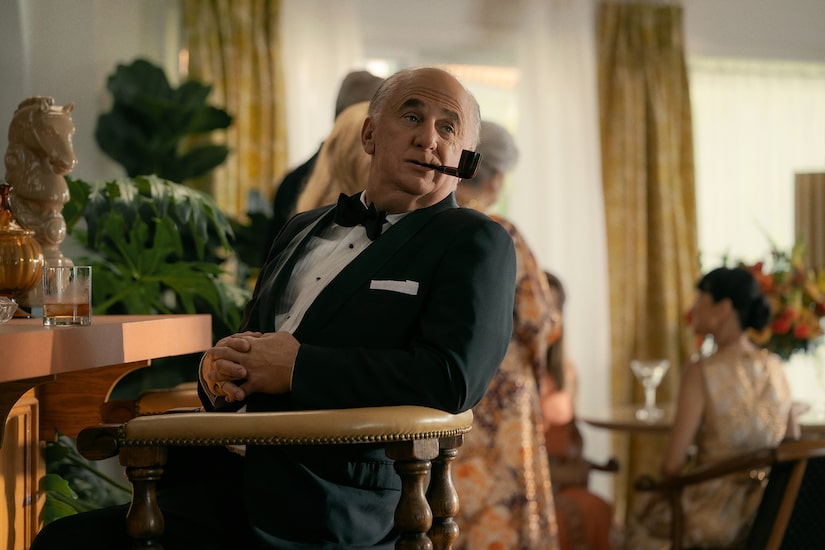