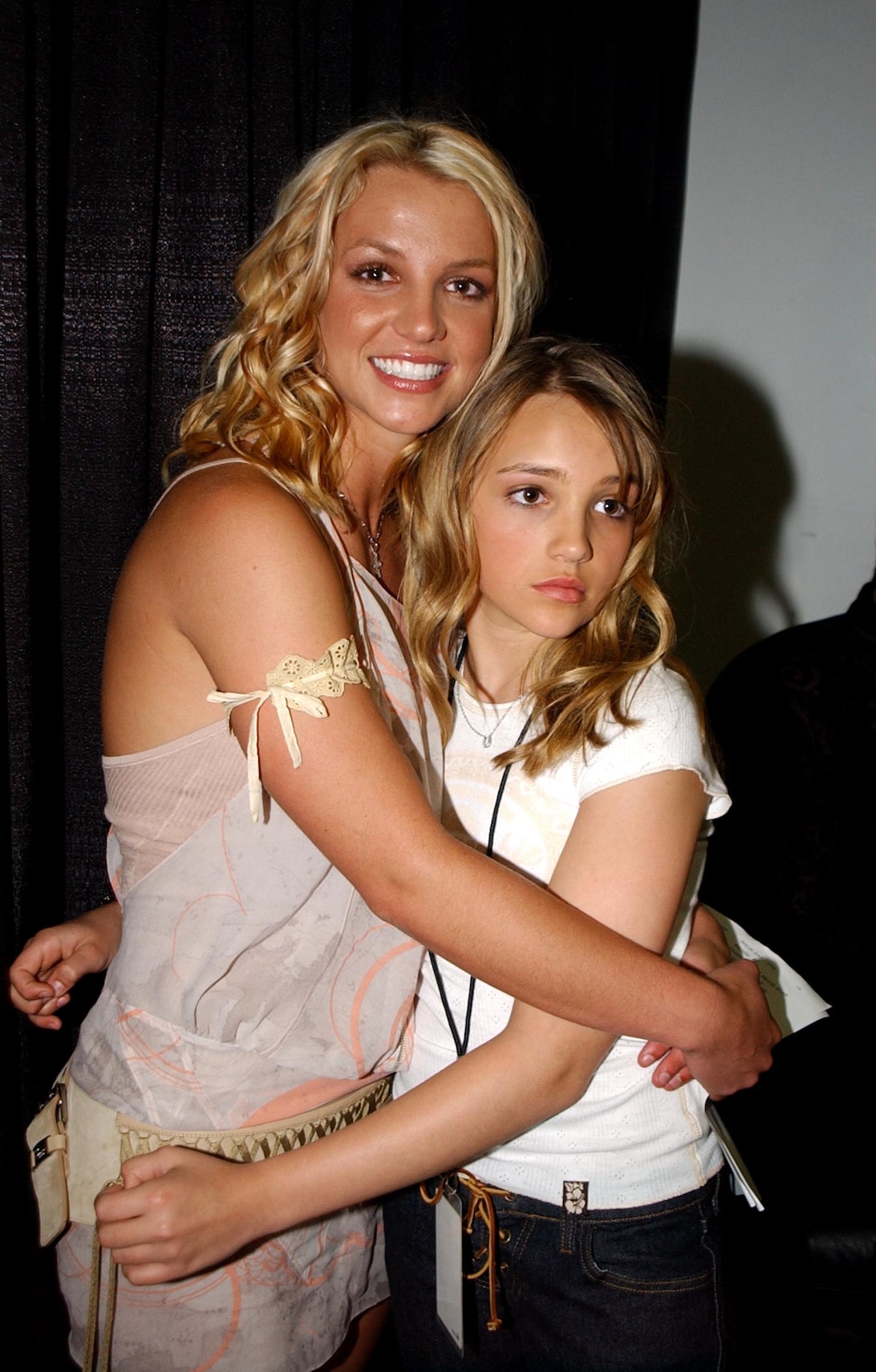 Jamie Lynn Spears’ new book “Things I Should Have Said” has finally dropped!

In the book, Spears shared an alleged text message from her famous popstar sister Britney Spears. She wrote, “In a recent text from my sister, she stated herself: ‘I know it’s not your fault and I’m sorry for being so angry at you. Although I’m your big sister, I need you more than you need me and always have.’”

Jamie went on, “I pray for the day she shares these words with the world. I have no control over anything the media reports and cannot be held responsible for something I have absolutely no control over.”

It is unknown when Britney may have sent the text, but her rep has not confirmed the authenticity of the message.

In a new two-part episode on “Call Your Daddy,” it looks like Jamie Lynn is going through text messages with her sister. In a preview for the episode, host Alex Cooper asked, “You have a text message that clears your name from your sister. Can you pull out your phone and read your recent text from Britney?”

Jamie Lynn is seen asking for her phone and seemingly looking through her text messages.

In the first part of the interview, Jamie Lynn discussed her complicated relationship with Britney. She said, “I love my sister. I’m her biggest fan — but guess what? Sisters are sisters, or whatever, you know? I was born into this family. I didn’t choose this. It’s like, imagine, like, a big ship and I’m like just a little, like, dinghy riding in the waves like, trying to, like, f—ing survive, you know? And, so that was my life was like — just survive this moment.”

Jamie Lynn also shared her take on Britney and Justin Timberlake’s 2002 breakup. She admitted, “I think everyone thought it was forever. I was so sad, first off because my sister was so sad, but that, too, was the first time I saw [that] maybe I didn't know everything about the relationship. Perhaps they were protecting me and obviously why would they talk to me about anything."

Spears pointed out that she “truly” did not know what led to the headline-making split.

“I thought how heartbreaking it must have been for my sister when 'Cry Me a River' came out," Spears said. "Don't get me wrong, like, that's a way to launch your solo career, right? That's a way to do it, but I felt really sad. And my sister, she wrote that song 'Everytime' and she's beyond brilliant with anything creative and she picked that song out on the piano and she wrote it and it still makes me cry because I think about how heartbroken she was, because that was her song and that was his song."

In the book, Jamie Lynn claimed that Britney once locked them up in a room with a knife after her 2004 sudden wedding to Jason Alexander in Las Vegas. While Britney has denied the alleged knife incident, Jamie Lynn is sticking to her story. On “Call Your Daddy,” she claimed that she “was not allowed to have feelings about anything, like shut up, that’s fine, whatever, we’re not going to make a big deal out of this."

Jamie Lynn emphasized, “[Britney] must have been in pain too… This was a brilliant young woman who was going through a hard time — and if she couldn’t stand up herself, then somebody should have. I wasn’t an adult then. I couldn’t… Somebody should have said, ‘Stop the f**king presses. Give this girl a f**king minute.'”

As for the time when Britney shaved her head in 2007, Jamie Lynn revealed that she was at a friend’s house when she was shown the photos. Getting emotional, she said, “I don’t remember talking [to my parents] about it. My mom was out of town. I don’t even know what I said. I guess I just kind of acted like it wasn’t that big of a deal, but it was a huge deal.”