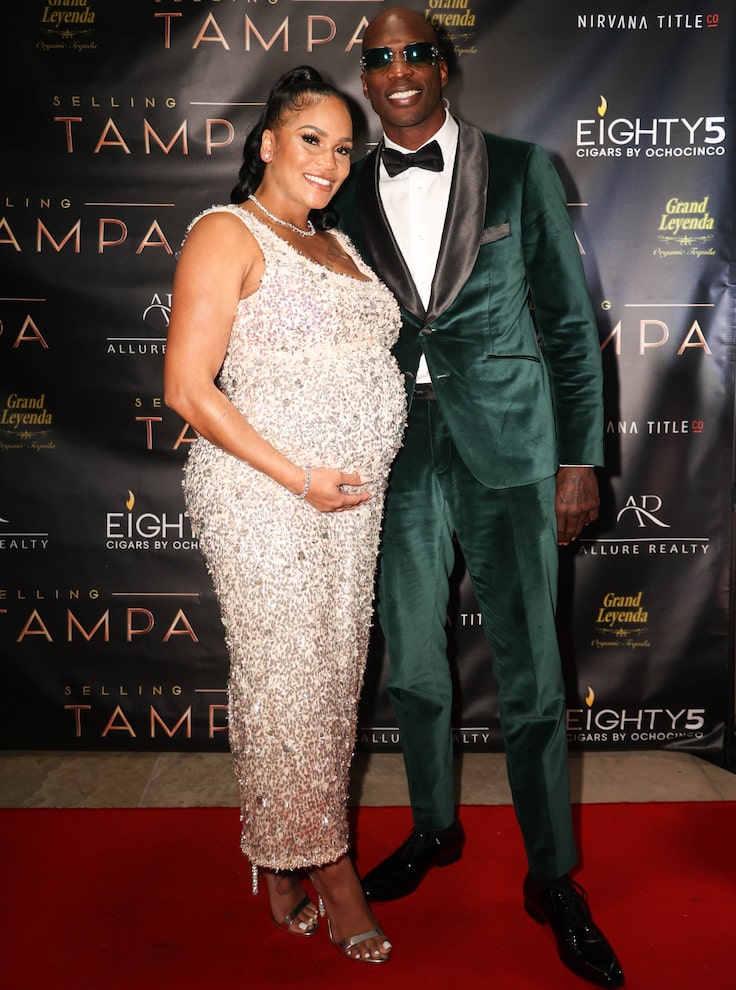 Johnson, 43, announced the news on Sunday with a photo of himself cutting his daughter’s umbilical cord. He wrote, “Just delivered Serenity ‘Hurricane’ Paula Johnson.”

The athlete also took to Instagram Stories, with a video of himself with Serenity crying in the background. He told her, “Yeah, I know. Listen, I told them I’d evict you. That’s the worst landlord ever. Especially during these times. I wouldn’t want to be out here either, s–t. Who you telling? Yeah, it’s like that. You’ve got to talk to your mama.”

Rosado and Johnson got engaged in January 2021 and announced their pregnancy news in August. Chad posted on Instagram at the time, “It’s with full hearts, a ton of joy and love to reveal we’re expecting!” Sharelle added, “It’s been so hard keeping this a secret but I’m excited to finally share the news with all of you! We’re so blessed to have such amazing people in our lives and in our hearts. Looking forward to a future of fun, love and adventure.”

They later revealed they were expecting a girl and shared her name in November. Rosado posted, “Serenity ‘Hurricane Paula’ Johnson will be receiving her eviction papers in seven more weeks!”

This is the real estate agent’s fourth child and, according to People, Johnson’s eighth. 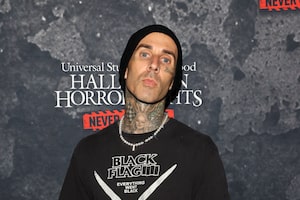 Why Did Travis Barker Post a Photo of a Baby Bottle?! 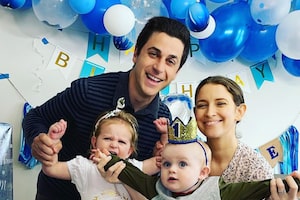 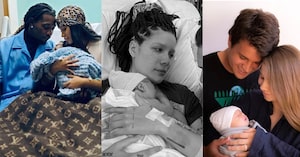