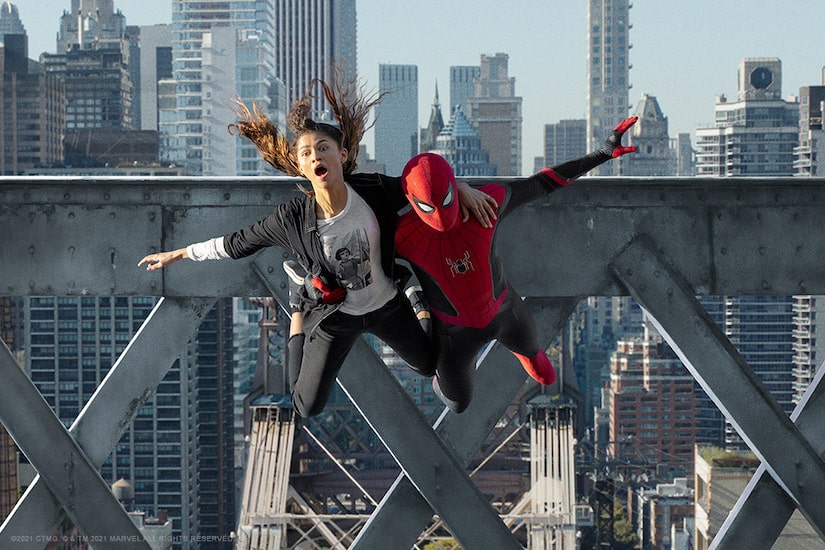 “Spider-Man: No Way Home” opened big at the box office!

Despite the COVID-19 pandemic, the movie still managed to grab the second-biggest box office opening with $260 million in the U.S. The only other movie to do better is the 2019 movie “Avengers: Endgame” with $357 million.

“Spider-Man: No Way Home” earned $121 million on Friday, $73 million on Saturday, and $64 million on Sunday. In just three days, the superhero movie is the highest earner at the box office this year.

The movie, which stars Tom Holland and Zendaya, saw the return of Willem Dafoe’s the Green Goblin and Jamie Foxx’s Electro.

“Spider-Man: No Way Home” also featured some other surprise cameos that we won’t spoil!

“Extra’s” Rachel Lindsay recently spoke with Andrew Garfield, who played coy about rumors that he’s part of the movie. When asked to blink if he’s in the film, Andrew laughed, “I’m not going to blink. I’m not going to do anything!” before shaking his head and blinking his eyes repeatedly, saying, “I’m just going to do this now.”

Garfield, who appeared in the 2012 film “The Amazing Spider-Man” and its sequel, praised Holland and the current team for their portrayal of the web slinger.

Another “Spider-Man” spin-off, “Venom: Let There Be Carnage,” also did well at the box office this year, amassing $90 million in its opening weekend.