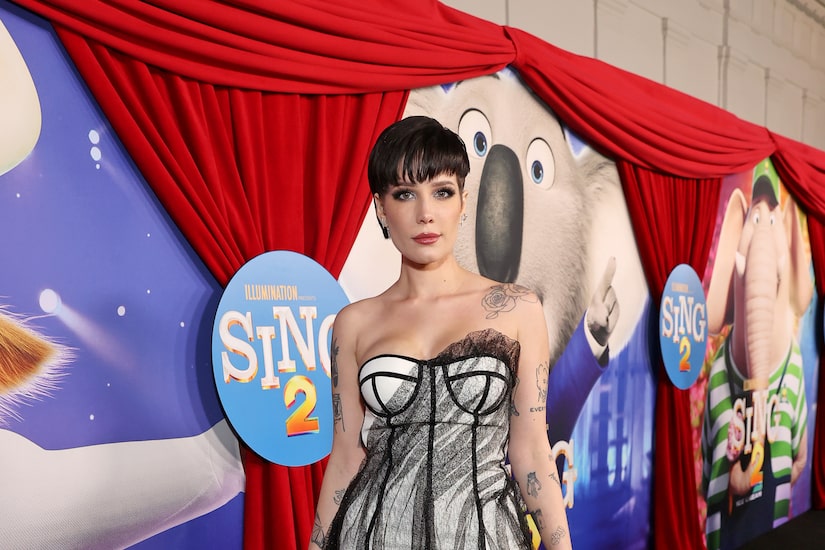 Over the weekend, Halsey hit the red carpet for the Los Angeles premiere of “Sing 2.”

“Extra’s” Terri Seymour spoke with Halsey, who opened up about being the mom of baby boy Ender Ridley. She admitted, “I got dressed so fast… We were cleaning up spit up, we were rocking the nap getting ready to go, threw on some clothes and go off to do my other job.”

Halsey gushed over motherhood, saying, “I love it so much. Every single second is the most incredible thing, getting to watch him like become a new person every day is so exciting.”

Halsey kept it real about work/life balance, commenting, “It’s definitely difficult to find balance. I think that’s a common thing working moms share no matter what your job is. I want to work really hard so he’s proud of me, but I also want to spend every single second cuddling him.”

In “Sing 2,” Halsey plays Porsha Crystal, a wolf and the spoiled daughter of Jimmy Crystal. She dished, “It was the most serendipitous thing because I agreed to do the film right before I found out I was pregnant… Here’s this thing that has come into my life and I can share with my son now, because the rest of my content is probably too mature for him.”

Halsey had “so much fun!” with the role. They noted, “This character is so special to me because she comes such a team player by the end, it was really cool to breath that redemption into her.”