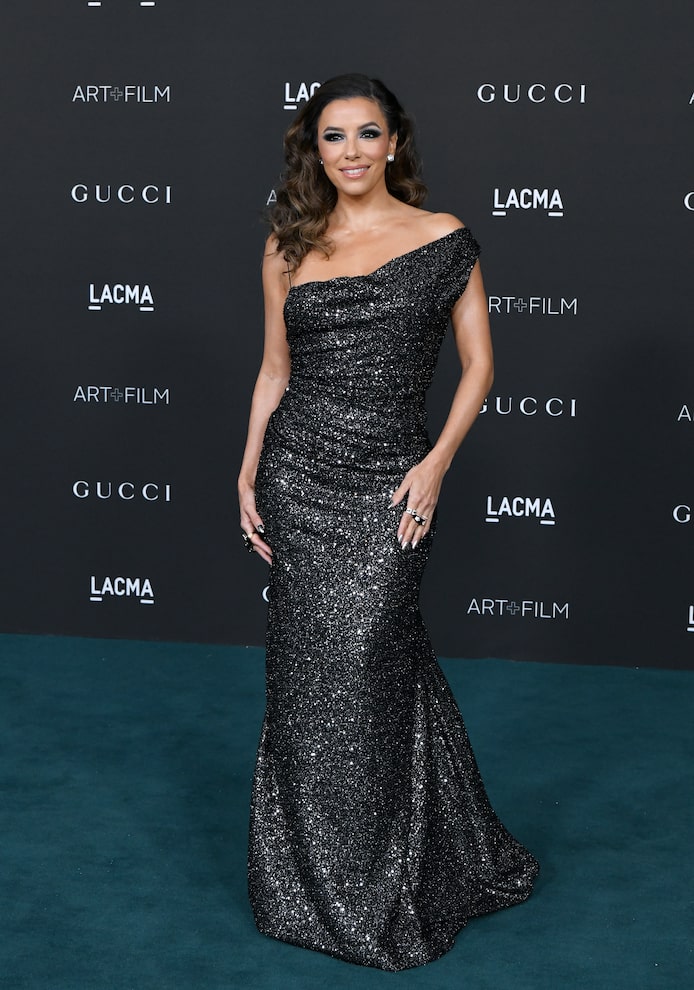 The holidays are here and Eva Longoria dished with “Extra” about celebrating Christmas with her 3-year-old son Santi and the new Christmas movie she executive produced called “Let’s Get Merried”!

Longoria, who was joined by “Let’s Get Merried” director Victoria Rodriguez, also revealed whether she would ever consider a “Desperate Housewives” reboot.

Opening up about Christmastime with Santi, her son with husband José Bastón, she said, “This is the first Christmas that I think he gets it, like, he was literally like, ‘Presents!’ the other day,” she said. “I was like, ‘Whoa, hey… where did that come from?’”

Longoria said Santi was yelling, “Presents, presents, presents!” adding, “So I’ve got to teach him about the spirit of Christmas, because all he’s seen so far is presents because he keeps watching ‘The Grinch.’”

She’s not sure she will buy him presents, saying, “I don’t think I’m going to get Santi a gift — he’s going to get a stocking with candy in it and let’s be honest, that’s all he wants.”

Longoria continued, “I also debated if I was going to do the Santa thing… Do I make him buy into this big, white man coming down the chimney?… Then I was like, ‘It’s kind of fun, let’s go with it.’”

With TV reboots happening often now we had to ask if she would ever return for more “Desperate Housewives.” Eva said, “I would be the first, the first one to sign up. I’m on Wisteria Lane with my bags packed already, like, knocking on my old door… I miss being Gabby, I miss being in her skin, so I’d be the first to sign up.”

First, her movie “Let’s Get Merried” premieres on VH1 tonight. “This is not your traditional Christmas movie, this is more naughty than nice,” she said, adding, “The movie is about a bachelorette weekend that turns very wild when a hard-partying, down-on-her-luck holiday hater decides she has to get married.”

Eva added, “We all have these friends in our life, we all speak this way, we’re not all prudes and moms and good, we’re flawed, complex, and funny.” 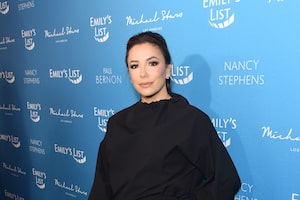