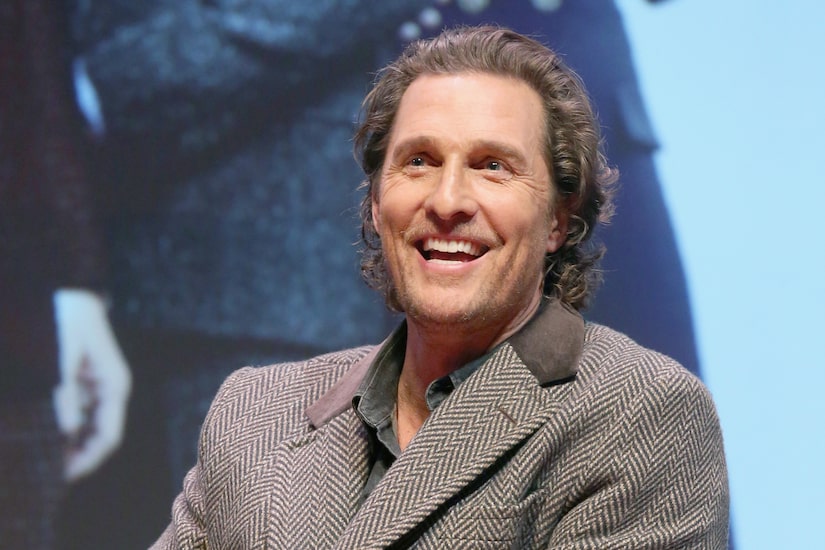 Matthew McConaughey is back as koala bear Buster Moon in “Sing 2”.

“Extra’s” Rachel Lindsay spoke with Matthew about the sequel, as well as what’s next for him!

Matthew admitted about his future in politics, “It’s never been a dream on my list… But going forward, leading and serving in the best way I can possible is something that's going to help fulfill whatever dream it is I’m after. Sure, that's part of the dream. Where that will be in what position? I don't know in the future.”

Matthew revealed that he dreams of being one of his kids’ best friends when they grow up. He explained, “In 30 years, if you’re asking my three kids, ‘Name your five best friends,’ that I will be on one of those fingers.”

Matthew is a huge Texas football fan, so would he ever consider coaching in real life? He answered, “When I took two years off from doing the rom-coms and I didn’t get offered a script in Hollywood for over two years, and thought I may have just taken a one-way ticket out of Hollywood. Coaching high school was a thought that I said, ‘Maybe, maybe that's my next career.’”

Could Matthew have a career offering life advice? He noted, “One little trick that I found that helps is to anticipate it being harder for longer than it's actually gonna be. Look, COVID times, I tried to tell myself it was gonna be five years… trying to think about whatever race it is you're in, think of it more like a marathon and that the finish line is so far up. All of a sudden, you cross it one day, you're like, ‘Oh, I could have kept going.’”

Matthew loved reprising his role in “Sing 2.” He said, “I'm voicing a koala named Buster Moon who's got to put the show on by hook or by crook — by any means necessary. The show must get to that stage. That's fun. He's a hustler. He's a salesman. He's a showman.”

“The fact is for my kids, the fact that my kids can see the fact that now I'm a little bit cooler at the dinner table because I'm Buster Moon,” Matthew emphasized. “I haven't made any [movies] they can see, so it's nice to go make something that they can see, anyone can see… Feels good.”

The premise of the sequel, Matthew dished, “Our version of Vegas…If I don't pull the show off, I may get killed. I love that… The consequences are more dire if I don't pull it off.”

While Buster’s motto is to dream big dreams, Matthew’s personal motto is to “just keep living.”