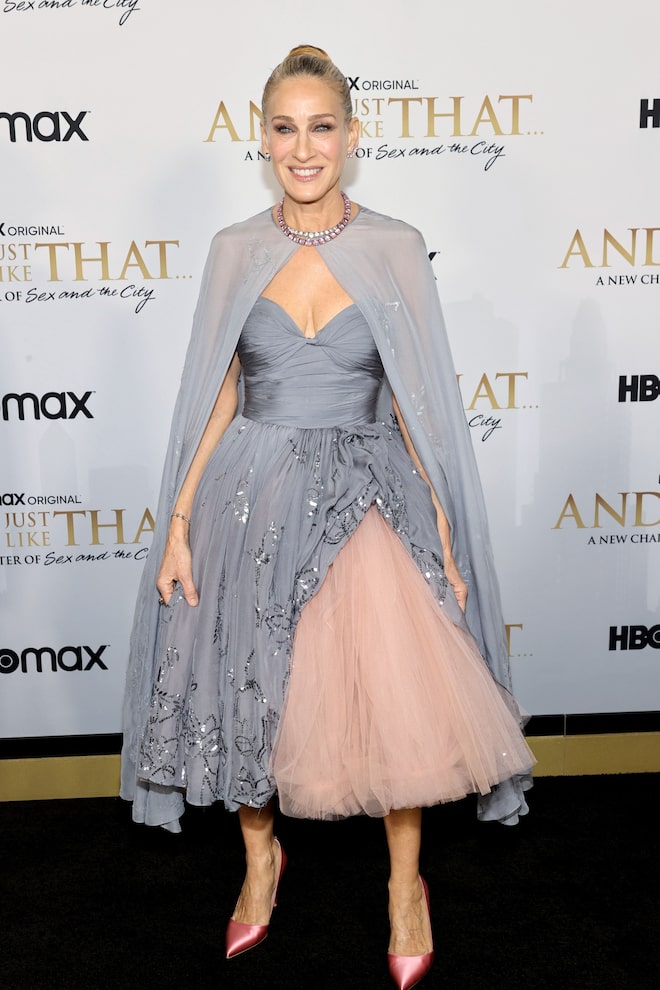 Sarah Jessica Parker hit the red carpet for the premiere of the highly anticipated HBO Max series “And Just Like That,” a continuation of “Sex and the City.”

Jessica made it a family affair with husband Matthew Broderick and their son James.

“Extra’s” Adam Glassman spoke with SJP, who shared, “I’m excited, I’m nervous. I sort of can’t believe we are here.”

“We worked really quickly. We’re airing far sooner than we used to. It feels exciting… I feel grateful to be here, surrounded by this new company of actors that we get to offer up to a really devoted audience these stories that we are really excited about,” Parker stressed.

She added, “I haven’t been to an event like this probably in a couple years. It feels thrilling.”

As for stepping back into her ionic character Carrie Bradshaw, Sarah Jessica commented, “It’s fun and makes sense right away… It’s not as easy as one might think to figure it out and make it whole right away because they are absent from you.”

She admitted, “I found it to be worrisome sometimes. I wanted it to be really good… There was a great deal of time that passes. Who do you become in 10 years?… It’s a lot to figure out, but it’s a thrill.”

SJP teased about her character’s relationship with Mr. Big, saying, “Big and Carrie are lucky because they still love and that hasn’t been the case for a lot of marriages.”

What about the rumors that they shot fake scenes? She answered, “If we did it, it would make sense, but I am not entirely sure we did.”

And what is a premiere without star collisions? Sarah Jessica got emotional while seeing her-costar Kristin Davis on the carpet.

The first episode of “And Just Like That” drops at midnight!