It’s over between Valerie Bertinelli and Tom Vitale.

TMZ reports Valerie, 61, filed for a legal separation in L.A. today. She lists "irreconcilable differences” as the reason for the split, and the docs note that the couple has a prenup.

Bertinelli and Vitale tied the knot on New Year’s Day in 2011. They have no children together.

Valerie was previously married to late Van Halen guitarist Eddie Van Halen from 1981 to 2007. They had son Wolfgang together. 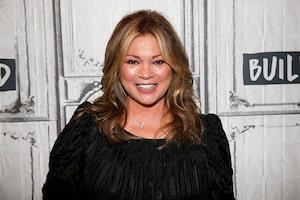