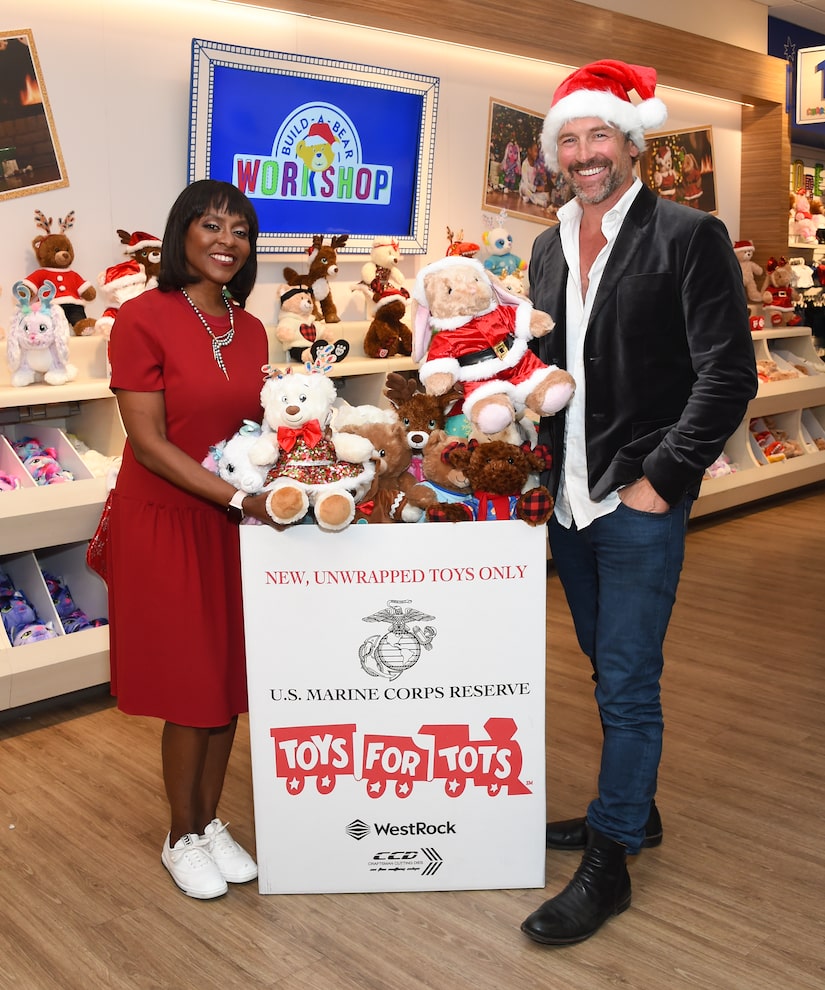 Greene stopped by L.A.’s Build-A-Bear Workshop for their Toys for Tots toy drive, where he teased the new film about a small toy company CEO, played by Marisol Nichols, who has the chance to merge with a big toy company. All she needs to do is get her estranged ex-business partner, played by Greene, to sign off.

Paul, who also chatted about his baby on the way, was joined at the toy drive by Hallmark Channel President and CEO Wonya Lucas and Build-A-Bear President and CEO Sharon Price John, who is also an executive producer on the project. Watch!

Tune in November 26 at 6 p.m. to watch “Christmas CEO” on Hallmark Channel, plus learn more about donating at your local Build-A-Bear Workshop by following @HallmarkChannel and @BuildABear.