UPDATE: A judge has reportedly terminated Britney Spears' conservatorship, effective today! According to The New York Times' Julia Jacobs, the temporary conservator of Britney's estate, John Zabel, will "be allowed to work in a limited, specified capacity to handle her financial assets."

Britney Spears team is headed back to court in L.A. today as Judge Brenda Penny decides whether to terminate the pop star’s conservatorship.

Ahead of the hearing, Britney and her fiancé Sam Asghari sent a clear message on Instagram as they danced in #FreeBritney T-shirts to her hit song “Work B--ch.” Sam wrote in the caption, “Loading….” 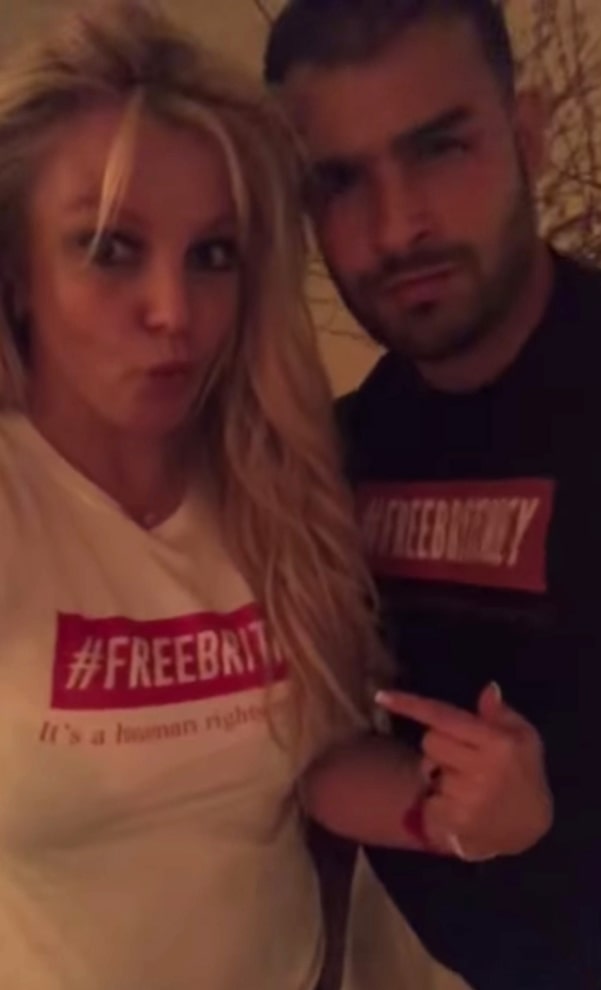 There is real hope that the legal arrangement will be dissolved, as all parties involved — from her parents Jamie and Lynne Spears to her current conservator of the person Jodi Montgomery — support termination.

Judge Penny, however, will still have to consider other factors, like Britney’s medical care and finances, before making a final decision.

The Associated Press reports that Montgomery has already developed a care plan with Britney’s team of therapists and doctors to help her through the transition once the conservatorship ends.

In September, the judge sided with Spears, 39, by suspending her father Jamie from the conservatorship, in which he has played a part for 13 years.

The judge called it a “toxic environment,” saying at the time, “The current situation is untenable.”