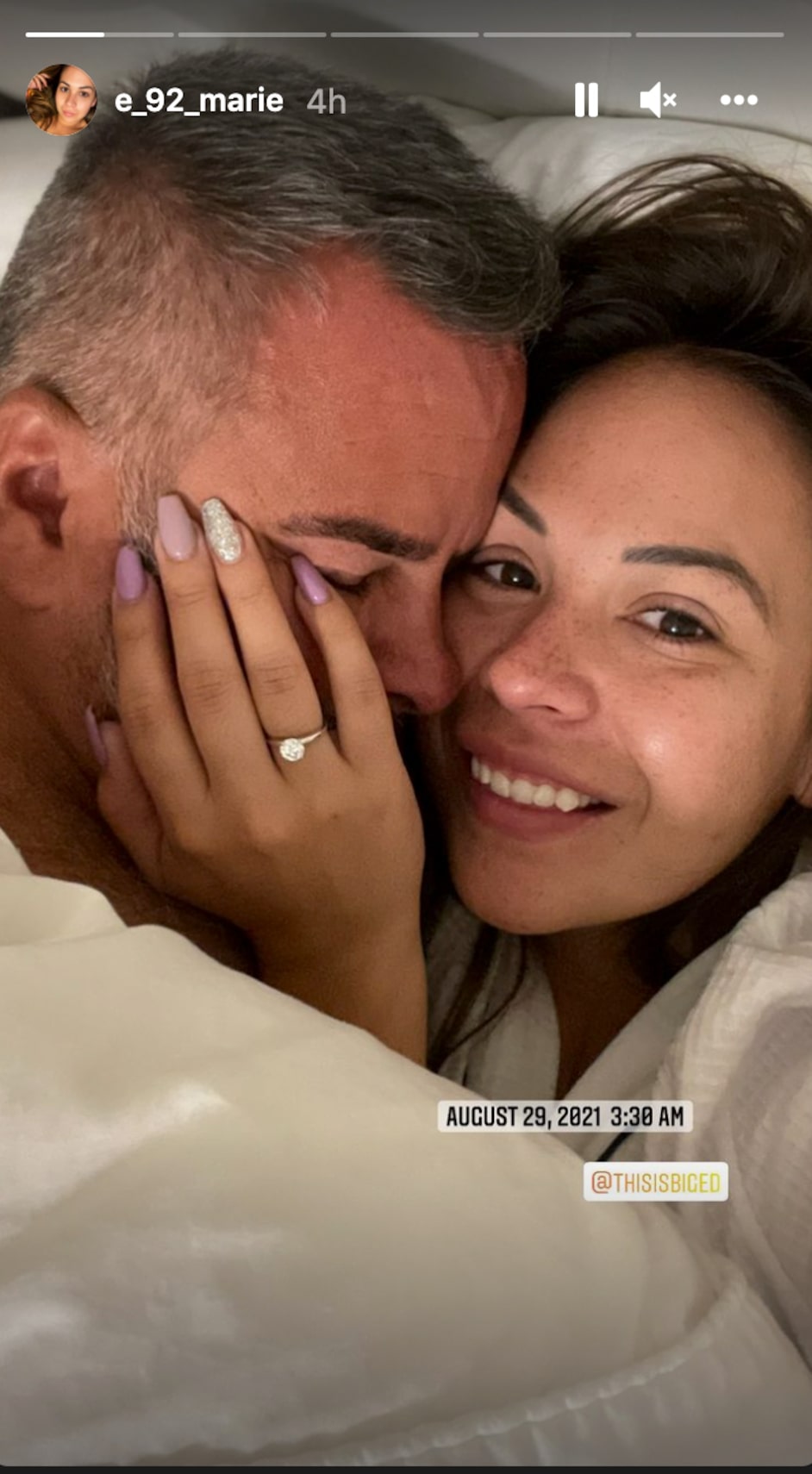 “90 Day Fiancé” star Ed “Big Ed” Brown is ready for the next step in his relationship with Elizabeth “Liz” Woods.

The pair are engaged after a brief split.

The pair are going to enjoy the moment and not rush into a wedding. Liz explained, “We have a lot on our plate right now, so trying to think about a wedding is really hard. But we're in the works, discussing it and moving forward with our plans."

While their relationship has been a roller coaster, Brown knew that Woods was the one. He shared, “About a month before we got back together, I realized that I really didn't appreciate who she was and I don't want to love anybody else. And never in a million years did I think that I would ever be together with Liz — it's just surreal."

Before popping the question, Ed took major steps to better himself, like going to therapy. He noted, “I wasn't a good person, I wasn't a good boyfriend. I didn't treat Liz like she deserved to be treated. I wasn't a good listener. That was all about me — I was so consumed with [myself]."

Elizabeth went through her own struggles after they split on “The Single Life.” She shared, “I struggled a lot when we broke up — I went through a really bad depression stage.”

Despite dealing with heartbreak, Liz reached out to Ed after his dog died. After reconnecting over email, Ed eventually had the nerve to invite her over for dinner. During the dinner, he asked, “Am I your forever?” Ed recalled, “And she said yes. And she ended up leaving for work and I did a beeline to the jewelry store and bought the biggest diamond I could find.”

Elizabeth noted, “Back together on Saturday, engaged on Sunday!”

As for what happened during the proposal, Ed teased, “You're going to have to tune in to see what happened, but it turned out to be a beautiful moment.”

Their relationship will be one of the storylines on the second season of “90 Day Fiancé: The Single Life,” which premieres Friday on Discovery+.