After weeks of breakup rumors, JoJo Siwa has confirmed her split with Kylie Prew.

The “Dancing with the Stars” contestant went public with the news for the first time on Paris Hilton’s “This Is Paris” podcast.

She told the host, “I have yet to talk about this officially, publicly, but we broke up. But she is literally still my best friend. I talked to her yesterday. She just got a new puppy. She’s awesome. She’s having the time of her life, I’m having the time of my life.”

Siwa went on, “I’m really lucky that I didn’t lose her completely because, you know, even though relationships end, friendships don’t have to end,” adding that she didn’t know it was possible to stay friends through a breakup. 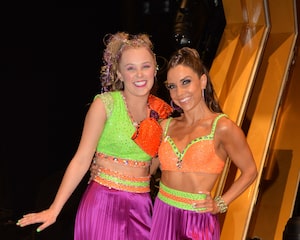 JoJo described the cause of the split as the “right person, wrong time.” She also felt her “hectic schedule” and age — they are both 18 — may have been contributing factors.

Keeping it positive, she said, “I’m really happy that I remember all the fun times, all the good times, and nothing bad happened.”

Siwa first revealed she had a girlfriend during an appearance on “The Tonight Show” in February, and then made it Instagram official with Kylie in August.

Last month, amid split rumors, JoJo opened up to “Extra’s” Jenn Lahmers about going through a private struggle.

Siwa told Jenn, “Listen, I have shared over half my life with the world… I am going to share the next, I want to make it to 100… I’m going through something the only people who know right now are Jenna and my family. A few of my close friends, not even all of them know… I would love to share my story and what’s going on right now eventually, I just don’t know how yet, because I care about everybody and I just want to make other people feel good.”

The following week, JoJo told “Extra’s” Katie Krause, “I  want to say that I’m really happy right now and I have been really happy since… January when I came out. I think you have a choice in life to let your happiness grow no matter what’s going on in your life. I’m really lucky for the people I surround myself with, and my bubble stays the same, no matter what happens in my bubble… When I trust you, unless you do something awful to me, that never goes away, and I think that’s something that I am really grateful for.” 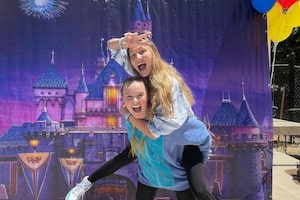 JoJo Siwa Talks New Movie, Her GF, and Her Future 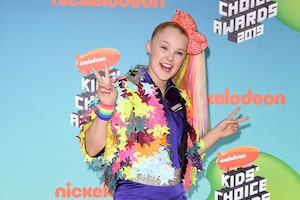 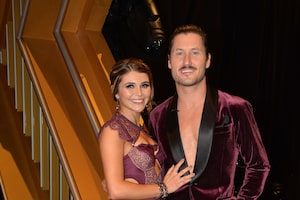