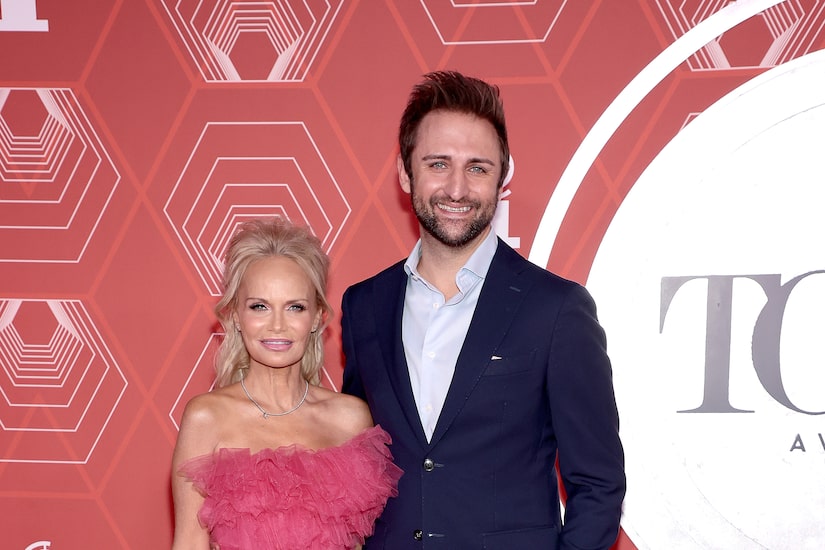 Broadway star Kristin Chenoweth, 53, and Josh Bryant, 39, are ready to level up in their relationship!

On Wednesday, Bryant popped the question to Chenoweth on the rooftop of the Rainbow Room in NYC.

The pair celebrated their engagement at Fresco by Scotto. She joked to Vogue, “I’ve been the runaway bride. Now that I’ve found him, I won’t let him go. I will race to greet him at the altar.”

In 2016, Kristin and Josh met at her niece’s wedding and then reconnected two years later at her nephew’s wedding.

Bryant gushed, “My best friend and soulmate said ‘YES’ to me! Kristin is my world, my everything, and I can’t wait to spend the rest of my life with her!”

Last year, Kristen opened up about their life under quarantine, which included lots of TikToks. She told People magazine, “We managed to stay creative and still have a good time. My boyfriend is 14 years younger than me. Thus, I'm good at TikTok. I didn't know what TikTok was, I didn't necessarily want to do TikTok. Now I love TikTok with his help."

Last year, Kristin referenced her boyfriend while opening up about filming her movie “The Witches” during the COVID-19 pandemic. She told “Extra’s” Jenn Lahmers, “I had to do my part, Jennifer, in my closet in New York. They sent me a mic and my boyfriend deadened the room with blankets and everything.”