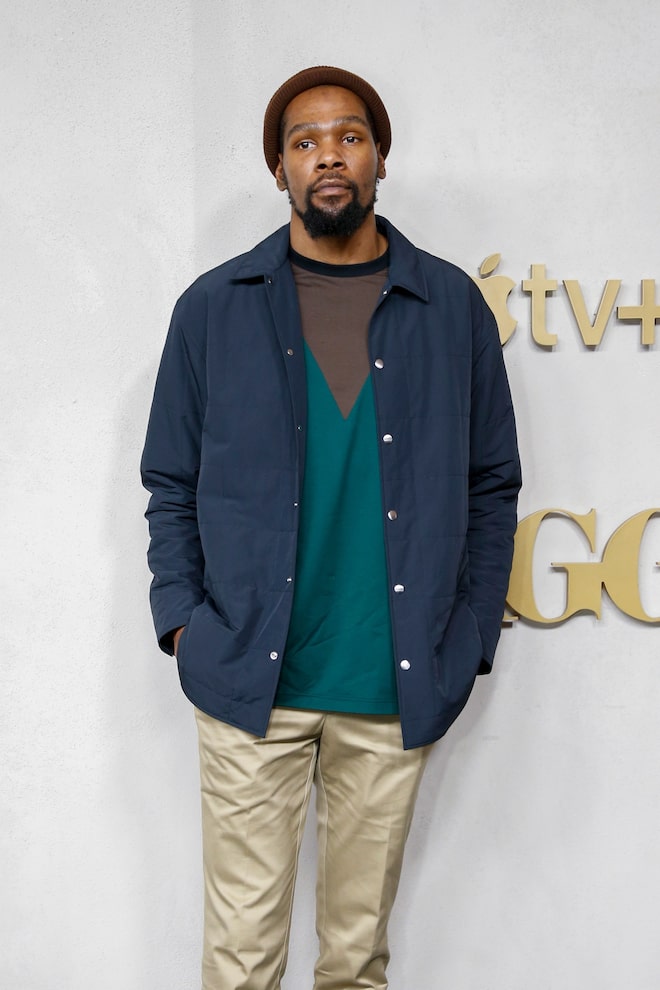 NBA star turned sports broadcaster Richard Jefferson was right at home with Kevin Durant on the red carpet as “Extra’s” Special Correspondent for the “Swagger” premiere in NYC.

Richard used to play ball against the NBA superstar when the now Brooklyn Nets player was with the Golden State Warriors and Richard was with the Cleveland Cavaliers. Jefferson told Durant, “I never wanted to go one-on-one with you again, but here we are.”

Now they are talking about Durant’s new series “Swagger,” a drama loosely based on Kevin’s youth basketball experiences. Richard commented, “People don't fully understand how accurate of a story this is in the community.”

Kevin replied, “Yeah, first off... the process of… producing a film is a new experience, but it was fun to be able to tell a story we all know and having it come to light like that was special. To build a cast and build a family around this brand was sweet.”

“I trusted everyone with the process but one thing: I wanted it to be authentic to what we do, I wanted real hoopers out there for one,” Kevin went on. “It’s a perfect cast, and we are looking forward to seeing the season.”

Touching on social media in the series and how it is different now, he explained, “There’s pros and cons to all of it, but also the criticism that comes with our game, we’re conditioned as young players to take that… It’s on a broader scale now — you seeing it from everywhere, it’s a lot of pressure… The kids now are ready for it earlier than we were.”

Richard also caught up with Kevin’s mom, Wanda, who was out there on the red carpet supporting him, telling Richard, “I see you out on the court. You've done your thang.”

Jefferson told her, “We're just tryin' to keep up. The first time I ever met Kevin Durant I was like... ‘Uh, this is going to be a problem.’ How proud are you to see that… he is using his brain... to really influence the entire culture?”

She said, “His influence off the court is impeccable… I like that he's bringing light to the… activities around youth basketball and some of the pitfalls, the highs, the joys, and lows of basketball.”

Durant is also busy with his "The Etcs" podcast with Eddie Gonzalez. The pair just interviewed "Insecure's" Issa Rae. Check out the episode here!