More than six months after filing for divorce from Alice Evans, Ioan Gruffudd has a new love!

On Wednesday, Gruffudd, 48, made it Instagram official with actress Bianca Wallace, 29. He wrote on Instagram, “Thank you for making me smile again @iambiancawallace ❤️💫💙.”

After seeing his social media post, Alice slammed Ioan, accusing him of cheating. She tweeted, “So it turns out that my husband, after two years of telling me I'm a bad person and I'm not exciting and he no longer want so to have sex with me and he just wants to be on set abroad... Has been in a relationship for THREE years behind all our backs. Good luck, Bianca.”

Wardrobe assistant Amy Douglas, who is a friend of both Ioan and Bianca, came to their defense, denying Evans’ claims.

In response to claims that Ioan and Bianca started dating while they were shooting “Harrow,” Douglas tweeted, “[Bianca was] an extra and didn't have contact with him in season two, I know because I was there as crew. Season three yes, but they only started talking towards the end.”

“I am also her friend and I KNOW they didn't, as I said they didn't even speak to each other until the end of season three. Don't buy into the lies you are being fed,” Douglas continued.

Douglas claimed that Alice threatened to divorce Ioan “if he didn’t go home” during the last week of filming. She added, “I saw how upset he was on set. And Bianca was barely even on set for season three.”

Amy noted that she had “permission from both to comment.” She elaborated, “They started talking on set about acting, nothing personal, he spoke to me too about my writing, I guess by you I was also having an affair with him. I do not call talking about careers an affair.”

While Alice doesn’t approve of Ioan and Bianca’s relationship, Bianca’s sister Chanel is all for it!

In response to his Instagram, she referenced his “Fantastic Four” character, writing, “Seeing the smile Yo brings to my sister and showing her the true love she deserves makes my heart so full of happiness. Welcome to the family Reed Richards'.”

In January, Evans announced that Gruffudd was leaving their family. She tweeted, “Sad news. My beloved husband/soulmate of 20 years, Ioan Gruffudd, has announced he is to leave his family, starting next week. Me and our young daughters girls are very confused and sad. We haven’t been given a reason except that he ‘no longer loves me.’ I’m so sorry.” 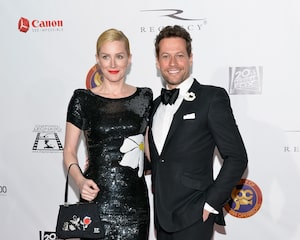 In a joint statement to People magazine, the couple said, "As you can imagine, this is an incredibly difficult time for our family  and we remain committed to our children. Thank you for respecting our privacy." 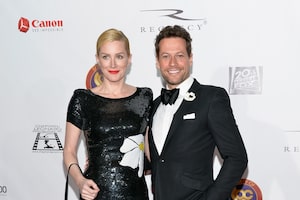