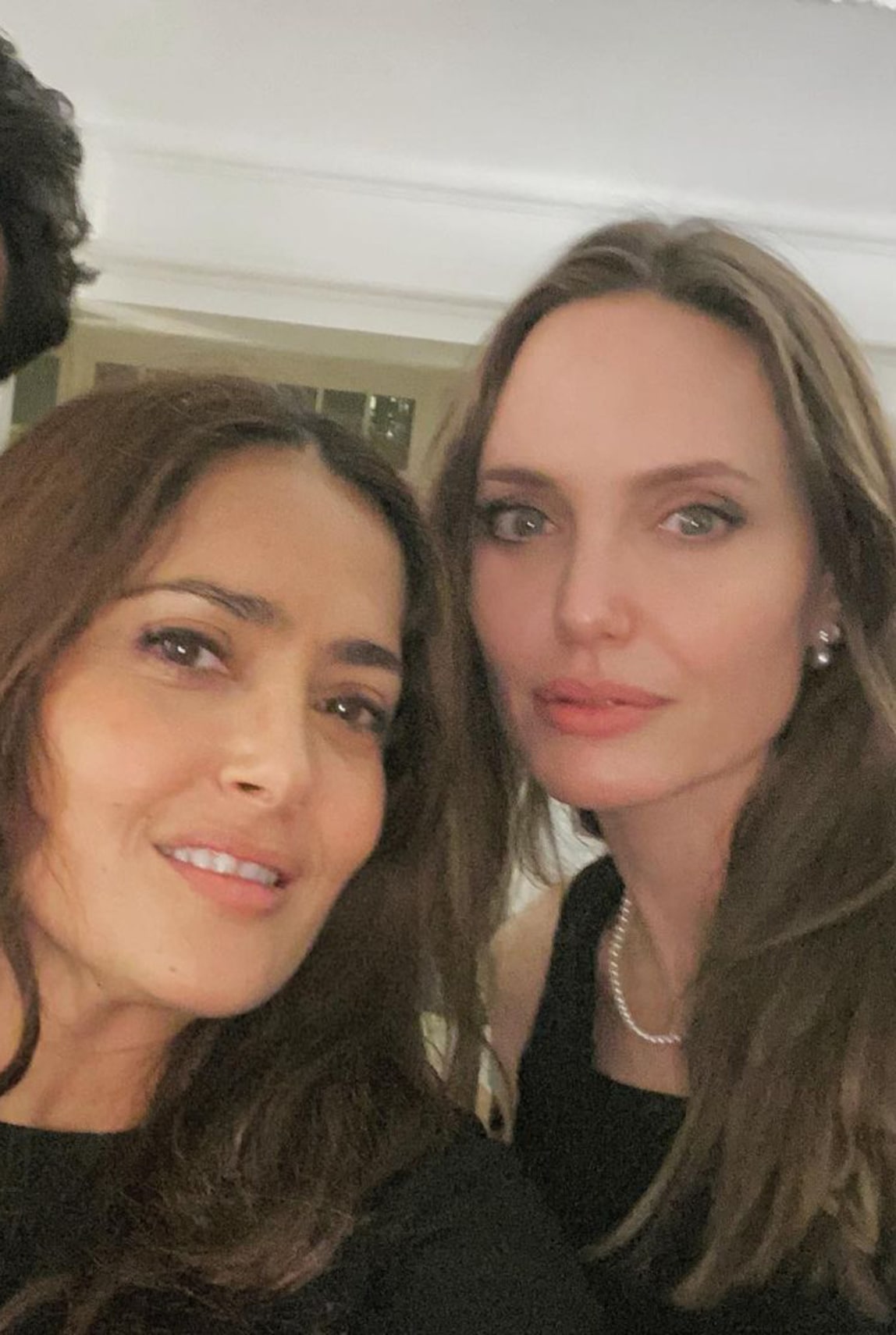 “Extra’s” Jenn Lahmers spoke with Angelina and Salma about the Marvel blockbuster, which is expected to shatter the box office.

The two, who play strong women onscreen, have also become close friends off-screen. When asked who is the feistier of the two, Angie pointed to Salma, who noted, “Oh, no, no, no… We have different styles… but we’re both feisty.”

Angie did get a little feisty for Salma’s birthday tradition, smashing her face into the cake. She joked to Salma, “I was too easy on you.” Salma quipped, “Yours is coming up next,” adding, “It’s gonna be fun, but it’s gonna be your kids we who are gonna do it.”

Angie told Salma, “I feel like you’re going to have to teach them.” Something Salma didn’t have a problem doing!

Speaking of kids, both women brought their children to the “Eternals” premiere in Los Angeles. When Jenn asked how motherhood has changed their perspective on the strength and power of women, Salma answered, “You will never be as vulnerable as you are when you have a child. Because of this, you have to be stronger than you have ever been.”

Hayek emphasized, “You have to be respectful that they are an individual and finding that balance.”

Angie added her two cents, saying, “I became a mother in my 20s… Something happened to Mad[dox] when he was little; it was an injury… and I was terrified, and I heard myself say, ‘It’s gonna be fine, it’s gonna be fine, it’s gonna be okay’… And I realized I had become the person that was always going to make everything okay… not the person that worries, that’s dramatic, that’s upset that I have spent my whole life being in that darker space… That happens in a minute.”

When Jenn brought it back to the idea of letting kids be individuals, who make their own mistakes, Angie commented, “I love it… I love the crazy, individual, rebellious. I love it.”

Salma is appearing next in “House of Gucci,” which hits theaters in November. She teased, “It’s big, it’s big.”

As for Angie, she would be “happy” to continue in the MCU and aims “to return to directing.” She said, “I’m very happy doing the other work I do, and be home.”