Singer Lance Bass and husband Michael Turchin are giving fans a first look at their twins!

The couple welcomed Violet Betty and Alexander James on October 13, and now Lance has shared a series of pics of the newborns and an update on life as a dad.

Bass wrote, “Haven’t slept much in 5 days and I’m covered in ick but I’ve never been so happy! Now there are four of us in this house that wear diapers (hint: it’s not me or @michaelturchinart).”

The photos a pic of Lance with the swaddled and sleeping babies, as well as the twins in Green Bay Packers onesies. Another showed Michael cuddling with one of the babies next to a dog wearing a diaper, and the final image featured Lance on what appeared to be a plane, posing next to an infant in a carrier.

Michael also shared some sweet closeups of Violet and Alexander with the caption, “New babies, who dis?? 🥰😍.”

Bass announced twins’ arrival last week, writing, “The baby dragons have arrived!! ❤️❤️❤️❤️❤️ I can not express how much love I feel right now. Thank you for all the kind wishes. It meant a lot.”

He went on to joke, “Now, how do you change a diaper??! Ahhhhhhhh!”

At the time, Michael also shared, “Introducing the newest members of the Turchin-Bass household: Violet Betty and Alexander James!!!! They’re pure perfection and yes that includes the dozens of poops we’ve already dealt with. Our hearts our full!!! Thank you everyone for the well wishes 🥰🥰🥰.”

In August, Lance opened up to “Extra’s” Jenn Lahmers about the twins’ impending arrival, “We are ecstatic. It’s something we've been working on for a long time. Now that it's getting so close, it's now starting to seem a little real. It won't feel completely real, of course, until they get here, but the preparation has definitely begun. It’s been crazy at the house because we're in the middle of construction right now, which is not fun. We are due in November, but twins come pretty early, so we're on standby from mid-September to November. They could be here in a month!” 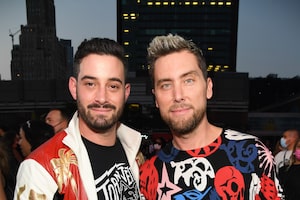 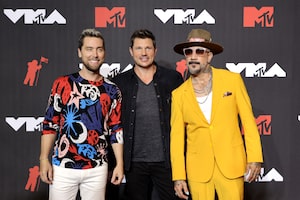