It looks like they are ready to take the next step in their relationship… getting married!

Meghan confirmed their Pennyslvania wedding, telling Brides.com, "Our wedding was about two things for us. Our love for and commitment to each other, and our family—each of our families, and the new very large and very tight family that we were bonding together by getting married. That’s it."

The pair exchanged vows at his childhood home. Meghan noted, "We toyed around with an L.A. wedding—at an estate or venue or something—but the truth is it never felt right to either one of us. When we realized that Cuffe’s parents’ wedding anniversary—October 11—was a holiday Monday, we both knew exactly what we were going to do, where we were going to do it, and how we were going to do it. It’s a beautiful thing to see eye-to-eye with each other as we do."

The couple emphasized, "Consistent with our choice of venue and our reasons for choosing it, our vision was of an intimate and simple gathering—no major frills, no overthinking, no drama."

For their special day, King wore a Rasario dress while Owens opted for a Ralph Lauren suit.

The wedding was planned by Cuffe's mom Valerie Biden Owens, the sister of the POTUS, and his sisters.

The pair said, "[They] handled those duties remarkably. And Valerie’s best friend, Bernadette Buccini, was our secret weapon. Having it planned by and for our family, with our complete and total trust, probably couldn’t reflect more who we are as a couple."

In September, Meghan made it official with Cuffe. Along with a pic of herself cozying up to Cuffe, she wrote on Instagram, “Trying my best to avoid any cheesy introductions like ‘my main squeeze’… so just meet my man. ❤️.”

The news comes just months after Meghan finalized her divorce with Jim Edmonds. 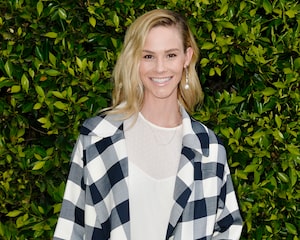 In May, King told Us Weekly, “I feel the same as I did before it was finalized. I think it’s, like, an energetic closure, which is important, but I mean, I’ve been learning how to be independent ever since we separated, ever since the divorce was filed, and so that’s almost, I guess, a year and a half now.”

King emphasized, “It feels good to put that behind me and just look to the future. I want to spend my life with a partner. I’m a loyal, monogamous individual. I’ve been having a lot of fun dating, but I’m really hoping to settle down and find that partner.”

It is unclear how long Meghan and Cuffe have been dating, but she was linked to Will Roos in January. 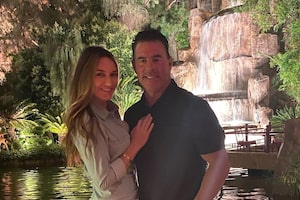 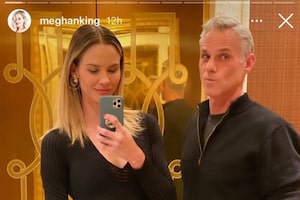 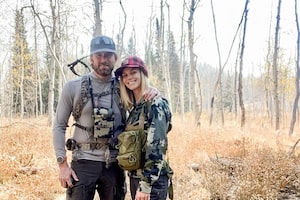