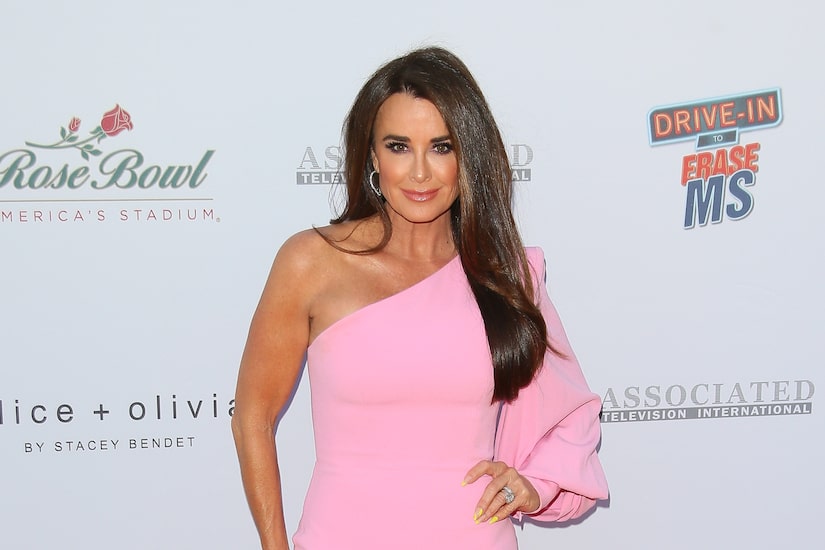 Forty-three years after the original “Halloween” movie came out, Jamie Lee Curtis is back in “Halloween Kills,” along with original cast member Kyle Richards, who was just eight at the time.

“Extra’s” Rachel Lindsay spoke with Richards and Anthony Michael Hall as they promoted the new movie from the “Halloween” franchise.

Kyle, now a TV star in “The Real Housewives of Beverly Hills,” admitted that she “never imagined” she would be back doing another “Halloween” movie, especially after she went through so many sleepless nights after filming the first one.

Co-star Hall spilled Kyle’s secret, saying, “You slept with your mom until you were in high school.” Kyle noted, “I did! I slept with my mom till I was 15 after I saw myself in the original.”

Raving about the music in the film, Richards said, “It just never gets old.”  She has even made it her ringtone every year for the Halloween season.

While Michael Myers is scary, all the “Housewives” drama can be too.

Kyle is fresh off shooting the “RHOBH” reunion, where things reportedly got pretty heated over Erika Jayne’s legal issues. Kyle shared, “Well, she was hurt by some of the things she saw in the scenes during the season… But we worked through it at the reunion.”