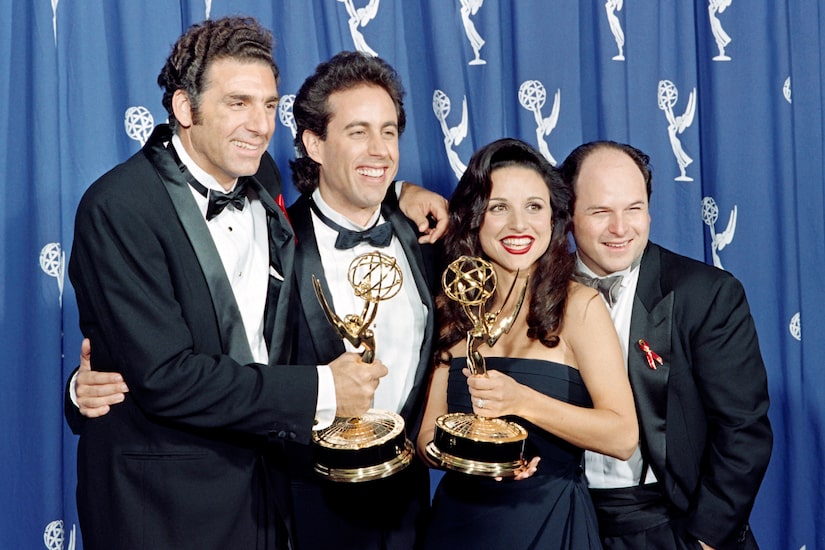 “Seinfeld” is heading to Netflix — not that there’s anything wrong with it — and what better way to celebrate than at Jerry Seinfeld’s favorite place… the Mets’ Citi Field in NYC!

“Extra’s” Special Correspondent George Hahn was with Jerry to talk about the huge TV deal bringing the hit comedy to the streaming world.

Hahn, a blogger who used to do all of Joan Rivers’ social media, is the latest candidate to try out as “Extra’s” New York reporter.

George told Jerry, “This is a big deal.” Seinfeld agreed, saying, “It is a big deal. It’s the biggest global exposure the show’s ever had.”

Jerry explained the interview’s setting, saying, “Everybody thought it would be fun to be here, it’s a nice place to be.”

Sharing one of his favorite moments from “Seinfeld’s” nine seasons, Jerry said, “I do really like when Kramer was trying to find Elaine’s medical records and she goes to the hospital and he says, ‘I’m Dr. Van Nostrand from the institute,’ and the receptionist says, ‘What institute?’ and he goes, ‘That’s right.’ That’s one of those jokes that’s so simple and so funny.”

George said, “So after nine seasons, 180 episodes it’s done… you could have done anything, production deals, spin-off deals, movies, a jewelry line, a fragrance…”

Jerry joked, “Oh, I should have done a fragrance!” George quipped, “No Regrets, Jerry Seinfeld.”

Hahn went on, “But you said no, and went to do stand up in clubs again. Why?”

“I like the simple life, actually. There’s simplicity and a poetry — if that’s not pretentious — to doing stand-up. You just write it and you perform it and if they like it, you’ve had a great night.” He went on, “It’s a very connected experience when you have it, after nine years on television, which is a little different than that… you’re running a big machine. I wanted to go back to a quiet life.”

George asked the man famous for his pet peeves, “Now what still bothers you?” 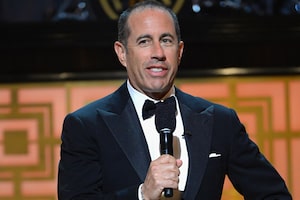 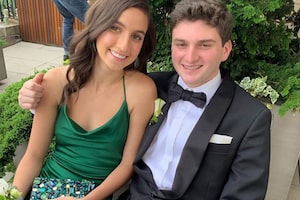