Denzel Washington had an NYC date night with his wife Paulette as they hit the red carpet for the New York Film Festival screening of “The Tragedy of MacBeth.”

“Extra” caught up with the star, who said he’s been busy throughout the pandemic. “I've been out here, man. I just shot a movie here so I've been working the last year and a half.”

We had to ask if he’s still rooting for the Dallas Cowboys these days. He insisted “always,” adding, “How about them Cowboys?”

Denzel co-stars alongside Frances McDormand in “The Tragedy of MacBeth,” a film directed by her husband Joel Coen.

Washington plays the troubled general who plots to kill the Scottish king in the Shakespeare classic, while Frances plays his Lady MacBeth.

The 66-year-old shared what attracted him to the role, saying, “Joel and Fran… They're both great, brilliant, brilliant, artists.”

How does two-time Oscar winner Denzel prepare for Shakespeare? “You learn the lines,” he said with a smile.

“The Tragedy of MacBeth” hits theaters Christmas Day and Apple TV+ on January 14. 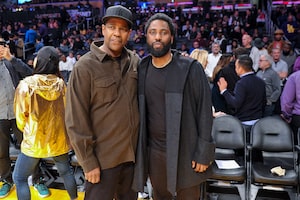 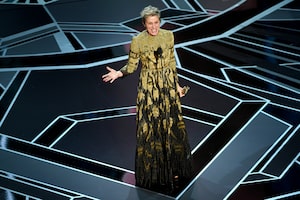 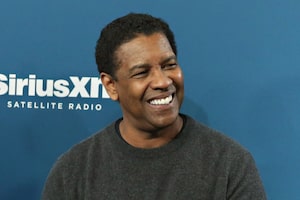