It's official — and straight from Adele herself: Adele and agent Rich Paul are dating!

On Sunday, Adele posted a series of ultra-glam photos on her Instagram, including a loved-up pic of herself beside Paul. The two-shot was taken in a photo booth at an event they attended on Saturday.

Though fans have been wise to this love match for months, going Instagram official was Adele's first acknowledgment of the new man in her life. 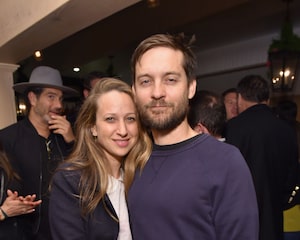 Adele became a single woman in March, when her divorce from Simon Konecki was finalized. She is the mother of an 8-year-old son, Angelo, with Konecki.

In July, Adele and Rich were spotted sitting courtside at the NBA Finals game between the Phoenix Suns and the Milwaukee Bucks in Arizona.

A source told People magazine that Adele and Rich had been dating for “a few months.”

ESPN’s Brian Windhorst referred to Adele as Rich’s “girlfriend.” In his “The Lowe Post” podcast, Windhorst said, “Rich Paul, [LeBron James’] agent, brings his girlfriend to the game sitting next to LeBron. His girlfriend is Adele.”

Rich had earlier hinted that he was seeing Adele in a New Yorker profile released in May. While he didn’t name Adele, he noted that he was “hanging out” with “a major pop star. She was over yesterday.”

Paul reiterated, “I'm not dating. I'm single. Put that in the story."

Rich had previously been linked to jewelry designer Jennifer Meyer, the ex-wife of Tobey Maguire.

Last year, Adele was linked to rapper Skepta, but she shut down the rumors on Instagram. After hosting “Saturday Night Live,” Adele wrote on social media, “I'm going back to my cave now to be the (single) cat lady that I am! Peace out til next year ♥."