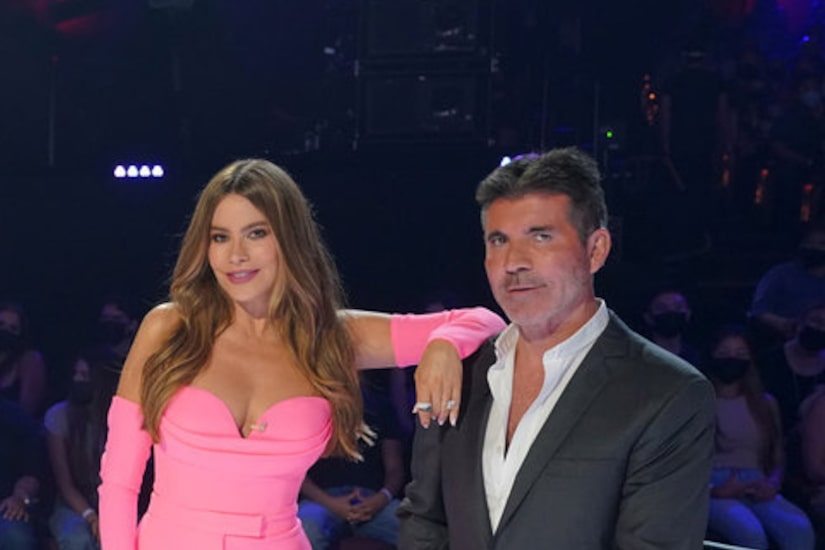 Simon Cowell was in a good mood Tuesday night after “America’s Got Talent.”

“Extra’s” Terri Seymour spoke with the “AGT” judge, who explained why he skipped red-carpet interviews last week. He revealed, “I was in a better mood, but my back was hurting last week.”

Terri quipped, “A bit of a grouchy bear last week.” “I was a bit grouchy, yes,” Simon admitted. “When you have a bad back after breaking it, you do have those nights.”

But last night was great, Cowell said. “Back’s good, the acts were better, [the] show was better, so I’m happy.”

Simon confessed he’s also happy about the prospects to win “AGT.” When asked whether Jimmie is the one to beat, he said, “He could be. I think there’s about seven or eight acts that could win this year… I love Aidan. I have a really good feeling about him… You know who I think may be the dark horse? Dustin.”

Cowell recently signed an expanded deal with NBC, which includes a new unscripted series on Peacock that he’ll appear on and produce. He dished, “I worked with them for a long time… We’re gonna do a lot more together, so it’s good.”

One of the shows he has in the works is the new spin-off “AGT: Extreme,” which Simon promises will be “very extreme — stuff you have never seen before.”

When asked about bringing along Heidi Klum, Howie Mandel, and Sofía, Simon said, “Obviously,” adding, “NBC is the home of entertainment, and that’s why I like working with them.”

Speaking of his fellow “AGT” judges, Simon challenged Sofía to work a certain word into her critiques during the show, and even crashed Sofía’s interview with Terri. Sofía said, “He’s going to let me talk tonight. Stop! This is my time to talk.”

Sofía told Terri, “Do you know what Simon made me do today? It was super crazy, and I did it because he’s my boss… [He said] ‘Let’s see if you’re good enough to use a word that I tell you in one of the judging moments… Include the word ant.’ I mean, ant? At least if he had given me an adjective! But the word ant — little insect — and I did it!”

Terri pointed out that is one of Simon’s favorite games.

Sofía added, “I did it, and I did it great.  But you know what? I’m preparing something really crazy for him. So he’s gonna regret it.”