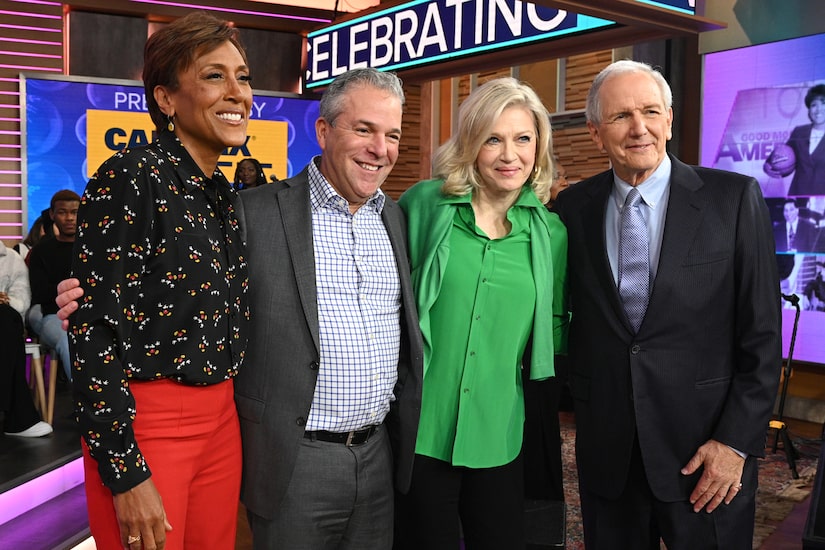 Corn is denying the allegations. Read his full statement below.

ABC News also issued a denial, saying, “ABC News disputes the claims against it and will address this matter in court.”

In the lawsuit, obtained by Page Six, Crawford claims that Corn unexpectedly joined her for an Uber ride back to their hotel after an Academy Awards party.

During the ride, he allegedly “grabbed Crawford’s hand and told her that he wanted to be able to help her with her career.” She further claims that he pulled her into his chest, kissed her and rubbed her leg.

Back at the hotel, the docs say Corn pretended to lose his room key and asked to go back to her room instead. Trying to avoid his “ploy” and dodge showing him which room she was in, Crawford claims she went back to his room instead.

That’s where, she claims, “he pulled her down onto the bed and pulled her head onto his chest,” kissed her head and stroked her arm. According to the papers, she was “frozen in fear,” but managed to slip away.

The lawsuit states that Corn later barged into her room, but eventually left.

Crawford claims that ABC learned of Corn’s behavior in 2017 but “did nothing to protect plaintiff or removed Corn from his position of power,”

The other former staffer, McClain, said she was on a flight from L.A. to NYC with Corn when he touched her thigh and then “slid his hand from McClain’s upper right thigh to her vagina,” before rubbing “her vagina, over her jeans.”

According to the docs, McClain said that while in London for Prince William and Kate Middleton’s wedding in 2011, he sexually assaulted her in her hotel room.

Crawford is suing Corn and ABC News for unspecified damages. McClain is supporting her claims, but the statute of limitations is up on her allegations.

The women reportedly exchanged stories earlier this year and went to ABC in February to report Corn. He left the network in April and is now Head of News at NewsNation.

In a statement to “Extra,” Corn said, “I vehemently deny any allegations that I engaged in improper sexual contact with another woman.”

He went on, “Kirsten Crawford’s claims are demonstrably false — and I am providing contemporaneous emails to prove it. Hours after the supposed incident, Ms. Crawford offered to bring me coffee and breakfast to my hotel room and asked for my hotel room number because she didn’t know it — the very same room where she now claims this incident occurred. The same day, she repeatedly offered for me to share a car with her. And the same day she emailed me, after I helped counsel her through a work problem, ‘why are you so great?’ These are not the words and actions of a woman who had been assaulted hours before.”

Corn continued, “Jill McClain’s allegations are equally as fabricated. After I allegedly touched her on an airplane, Jill repeatedly booked our future air travel to sit next to me, she invited me to her wedding — including a pre-wedding event that was limited to her immediate family and closest friends  —and she repeatedly communicated to me and my wife that she missed me after leaving her position at ABC. These are not the words and actions of a woman who had been assaulted.”

He added, “I will be pursing all available legal remedies against these women and defending myself vigorously.”