Another Bates baby is on the way! Erin Bates and husband Chad Paine are expecting their fifth child.

The couple confirmed the news to People, revealing the pregnancy came as a shock after Erin’s health issues.

"Every day life is a miracle, but this is such a special miracle for our little family," they said. "For the past year, Erin has experienced different health problems, which ended up leading to multiple surgeries."

The “Bringing Up Bates” stars continued, "After consulting with our doctor, we realized having another baby was not going to be in our future. It was sad, just because we both really love kids, but I knew Erin's health was the biggest priority, and we were overwhelmingly grateful for the four little blessings God has already given us. We were content knowing that God sometimes has a different plan than our own. As you can imagine, we were absolutely blown away when we found out the good news and really in shock!"

Erin and Chad shared “Baby Paine is growing and doing great and Erin has been doing wonderful as well.”

They also gave a ballpark due date, saying, “We are looking forward to January 2022 now more than ever."

Earlier this year, Erin shared on Instagram that she had to undergo three surgeries "due to cysts that have ruptured and caused a lot of internal bleeding." She also had an ovary removed and most of the second one.

Erin come from a big brood herself — she is Gil and Kelly Jo Bates’ third-oldest of 19 children. 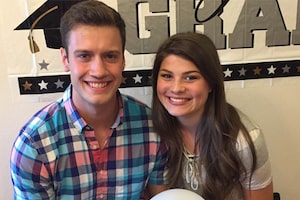 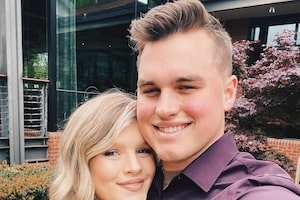 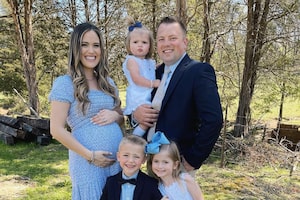