Actress Kaitlin Olson is working on her 46th birthday!

Olson posted a photo of herself Wednesday with co-star (and husband) Rob McElhenney on the set of their hit FXX show “It’s Always Sunny in Philadelphia.”

Along with noting that it’s their first day of filming the 15th season, she wrote on Instagram, “Back to where the beautiful love story began.”

Olson also took to her Instagram Story to show the front of her trailer and to call out co-star Glenn Howerton for parking next to it.

In a separate video, Glenn revealed that he parked his car there as a “little prank.” He also wished her a happy birthday.

In response, Kaitlin called Glenn “funny,” and joked that she’ll do her “morning business in his trailer.”

A day before her birthday, Olson suffered a mishap. Posting a pic of her bandaged finger, she wrote, “Pre birthday tradition where I nearly cut my finger completely off making Taco Tuesday for my family.” 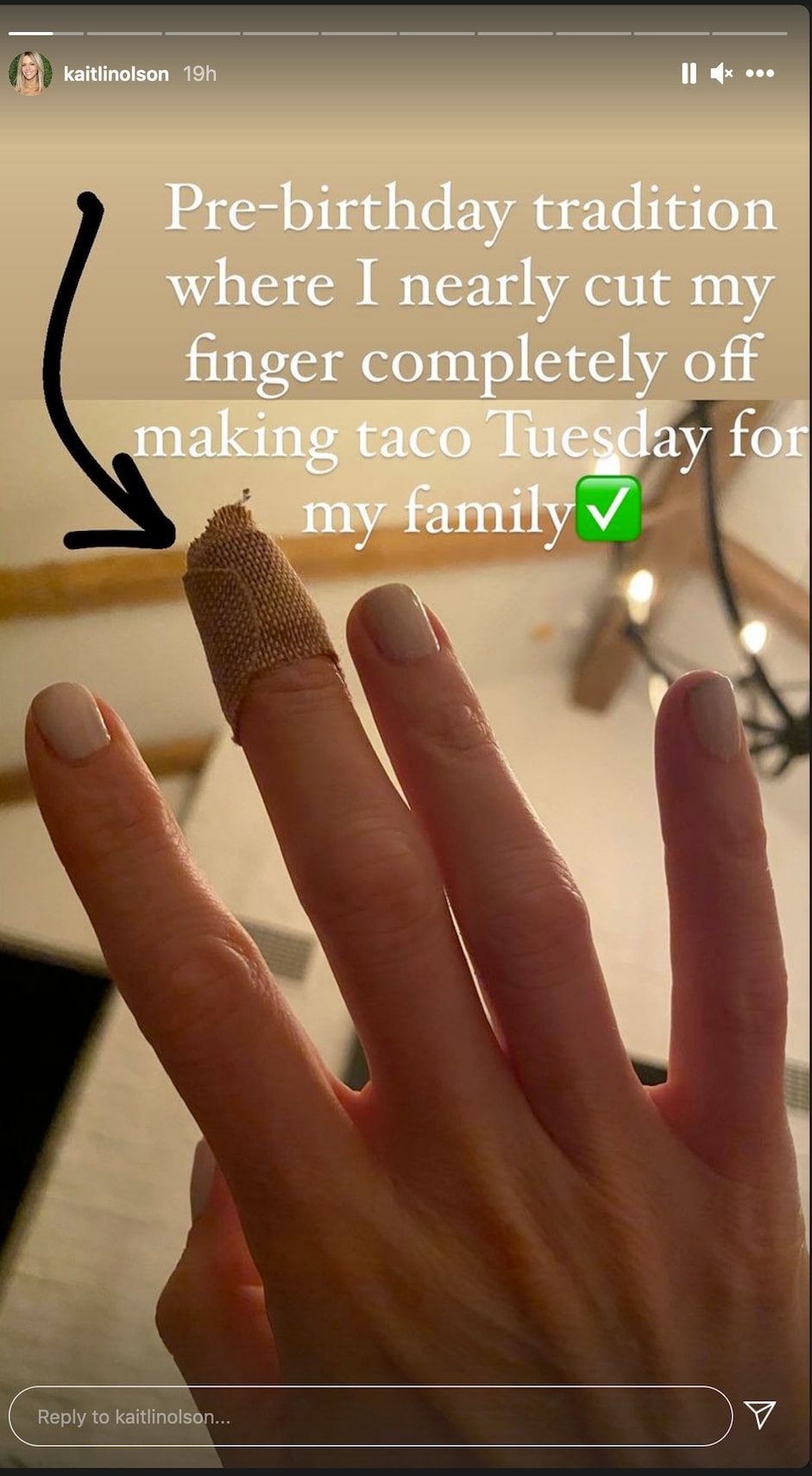 The 15th season of “It’s Always Sunny in Philadelphia” doesn’t have a premiere date yet, so we’ll have to stay tuned!